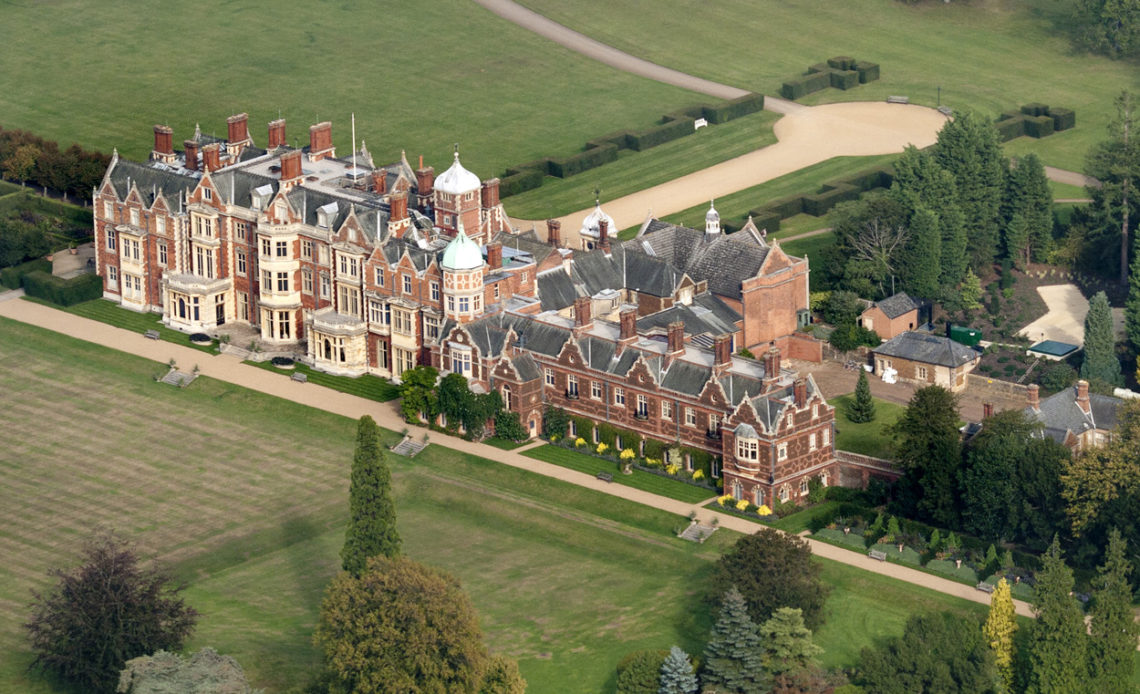 By John Fielding - This file has been extracted from another file: Sandringham House from the air.jpg, CC BY 2.0, Wikimedia Commons

It was a quiet country house, described by several who knew it as ‘’little’’ and a ‘’pied a terre’, given as a wedding present to a royal couple who were expected to linger on the fringes of regal life. Yet on July 2nd 1903, it became the birthplace of one of the most popular and celebrated monarchs of the 20th century. For it was at Appleton House, on the Sandringham Estate, that the story of King Olav V of Norway began.

The house was the English residence of his parents, Prince Carl of Denmark and Princess Maud, youngest daughter of King Edward VII. It had been her proud papa who had handed the property over to the couple, offering it to them as a country home on their marriage in 1896. They were told they could use it for as long as suited them, and although Edward, then Prince of Wales, played it down, calling it a ‘’small house’’, the newlyweds fell in love with it at first sight. Prince Carl wrote that his new home was ‘’quite lovely’’ while Princess Maud described it as a ‘’perfect paradise…it all seems like a dream’’.

It was modest by royal standards even if its twenty rooms, conservatory and landscaped gardens seem more than spacious for a young, married couple who had other homes at their disposal. Edward VII had the grounds laid out in the latest fashions, filled with roses, while the house was nestled amidst the tree-filled parkland of Sandringham.

It was in this rural idyll that the couple welcomed their only child. Prince Alexander Edward Christian Frederik of Denmark was born there on July 2nd 1903, just a few weeks before his parents’ seventh wedding anniversary. He was christened at nearby St Mary Magdalene Church and spent plenty of his early days at Appleton, surrounded by his mother’s family. However, change was beckoning.

In 1905, Prince Carl was offered the throne of Norway. He accepted, on condition that a referendum be held to ask the Norwegian people whether they still wanted a monarchy. They voted yes by an overwhelming margin, and Carl accepted the crown on November 18th 1905. Along with Maud and Alexander, he left their home in Denmark for his new kingdom, arriving there on November 25th by which time he had changed his name to Haakon and that of his son to Olav.

Appleton remained a part of the family’s life although their new life meant days amidst its pretty gardens were more limited. Olav, the little boy born and raised amidst its walls, became Crown Prince and, on the death of his father in 1957, King of Norway. He would become one of the most loved monarchs in the country’s history, and one of the most popular royals of the 20th century. His death, on January 17th 1991, led to an outpouring of public grief. His legacy remains and he was voted Norwegian of the century in a poll taken in 2005.

Despite his new life and his dedication to duty, Olav never forgot Appleton House. He later wrote of his mother’s deep devotion to their Norfolk home, describing photo albums filled with images of her ‘’wandering alone along these paths, clad in a full-length white dress, her parasol lifted high’’. Queen Maud, as she became, so loved Appleton that she used to bring its gardener over to her new home where he designed the grounds at Bygdo Royal Farm using plants brought from Norfolk.

Maud last visited Appleton House in October 1938, heading there at the start of a planned visit to England. She went on to London where she fell ill and died of heart failure just days after an abdominal operation. She was buried in Norway, and not long after saying goodbye to his wife, King Haakon VII bade farewell to Appleton. He returned it to the British Royal Family, expressing thanks that Maud had been allowed to enjoy it for as long as she wanted.

The house that became the unexpected birthplace of a monarch no longer stands. It was demolished in 1984 after lying vacant for several years during which time it became known as ”The Queen’s Empty House”. But it has its own place in royal history as the unexpected birthplace of a monarch and the beginning of the story of a king who is still celebrated today.