Who is Prince Nicolas of Sweden? 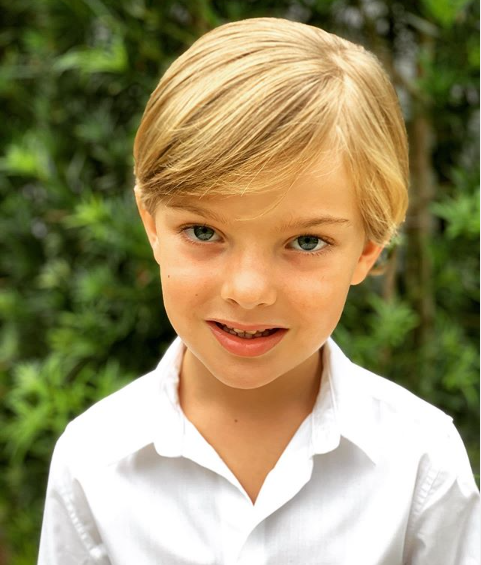 As Prince Nicolas of Sweden celebrates his sixth birthday on June 15th, let’s take a moment to learn more about the young royal.

Prince Nicolas Paul Gustaf, Duke of Ångermanland, is the eldest grandson of King Carl XVI Gustaf and Queen Silvia of Sweden. His parents are the King’s youngest daughter, Princess Madeleine, and her husband, American-British financier Christopher O’Neill. The Prince was born in Danderyd, Sweden, outside of Stockholm, on 15 June 2015 – only days after his maternal uncle Prince Carl Philip’s wedding. He has lived in Miami, Florida, since his family relocated in 2018. He has two sisters: seven-year-old Princess Leonore and three-year-old Princess Adrienne.

He was christened in the Royal Chapel of Drottningholm Palace on 11 October 2015, and his uncle, Prince Carl Philip is one of his godparents alongside Katarina von Horn, Gustaf Magnuson (his mother’s cousin), Natascha Abensperg und Traun (his paternal aunt), Henry d’Abo (his paternal uncle) and Marco Wajselfisz.

In 2019, due in part to scrutiny concerning the size of the Royal House, King Carl XVI Gustaf removed all grandchildren that were not in direct line to the throne from the Royal House. Consequently, although Prince Nicolas is still a member of the Royal Family and is tenth in the line of succession, he no longer holds a Royal Highness style. The decision also relieved Prince Nicolas of official royal duties and denied him access to the appanage, an annual payment given only to active members of the Royal House. As children of the Crown Princess, his cousins, Princess Estelle and Prince Oscar remain part of the Royal House.

Given his grandfather’s decision and his upbringing in the United States, Prince Nicolas appears to live a relatively ordinary life. In an interview Princess Madeleine granted to Sweden’s Mama magazine in 2019, she said that her children could visit the park in Miami without being recognised. Madeleine described Nicolas as calm and sensitive and noted that he is now playing team sports, such as football. Prince Nicolas and his family have not been able to visit Sweden since the onset of the COVID-19 pandemic, but they will likely be included in gatherings of the Royal Family in the future.