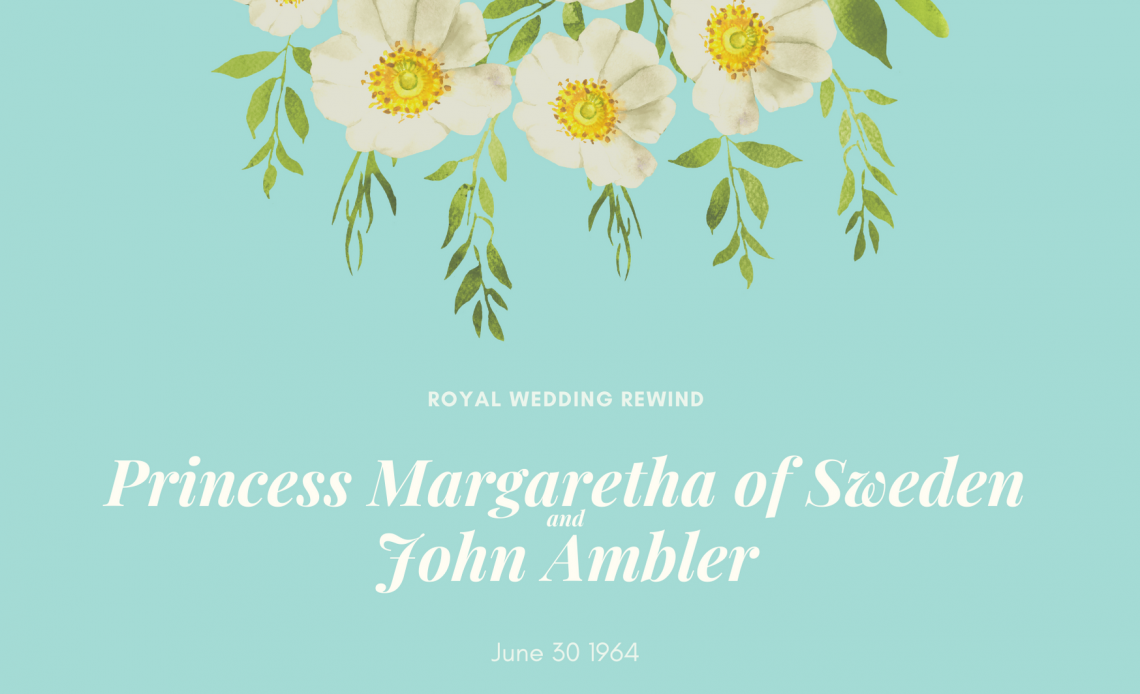 The Royal Family of Sweden does love a June wedding. The majority of their modern marriages have taken place in the month and June comes to an end with another Swedish royal wedding anniversary. Princess Margaretha, the eldest sister of King Carl XVI Gustaf, married businessman John Ambler on June 30th 1964 in a ceremony strikingly different from those of her sisters. Let’s rewind to the royal wedding of Margaretha of Sweden.

Princess Margaretha announced her engagement to John Ambler in February 1964 with a date set for the last day of June that year. However, Margaretha chose to marry away from the Swedish capital, Stockholm, picking the church at Gardslosa on the island of Oland for her big day.

She also chose to follow local traditions rather than royal ones and wore the wedding crown belonging to the church for her marriage, rather than one of the famous Swedish royal tiaras. However, it was the atelier at Martaskolen who provided the wedding dress, just as it had for her sisters, Birgitta and Desiree.

The bride carried a large bouquet of summer flowers, studded with marguerites, or daisies, the flowers with which she shared her name.

Princess Margaretha and John Ambler set up home in the UK and had three children but eventually separated in the 1990s. They never divorced and John Ambler died in 2008.

There is lots more about this historic royal wedding in our new anthology, out now. Royal Weddings, A Collection is on sale as a paperback and an ebook at Amazon.