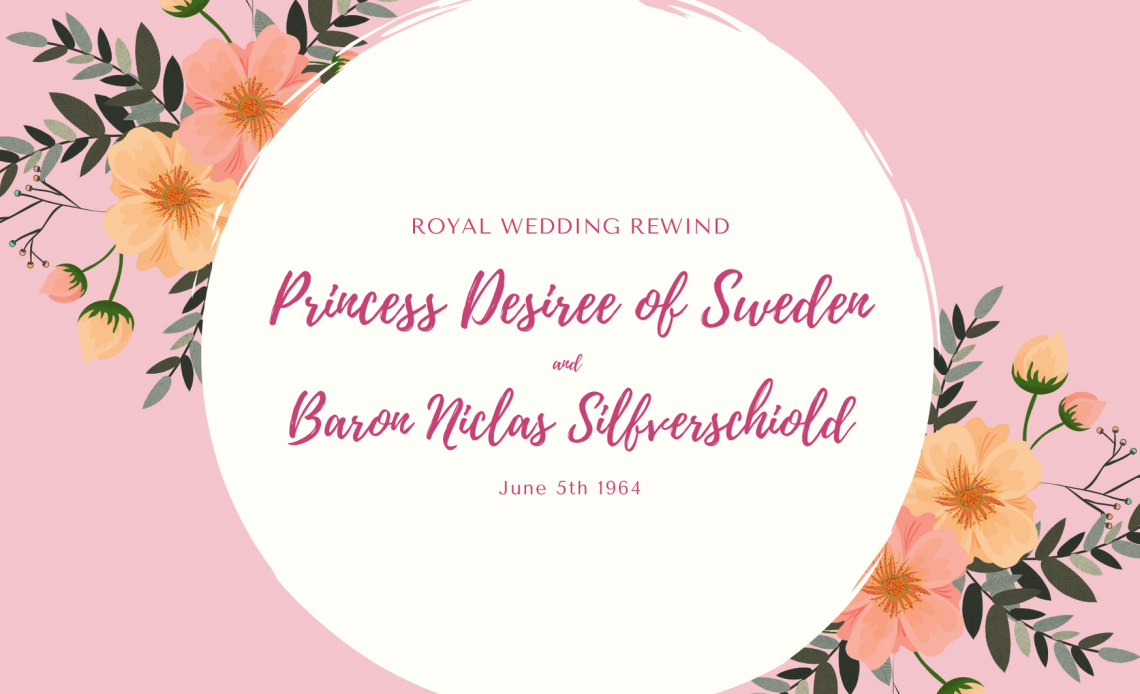 It was a royal wedding with a recycled gown worn by a woman who gave up her royal status for love. When Princess Desiree of Sweden got married, she left her HRH status at the altar to be with the man she loved. Royal Wedding Rewind heads back to June 1964 for the wedding of Desiree and Baron Niclas Silfvershiold.

The princess was the second of the four sisters of Carl Gustaf of Sweden to marry but the first to wed a non royal. In December 1963, she announced her engagement to a member of the Swedish aristocracy, Baron Nils-August Silfverschiold, who was known by his middle name of Niclas. The couple set the date for June 5th 1964, choosing Stockholm Cathedral for their ceremony. But while the setting was traditional, this would be a very different royal wedding.

Desiree arrived at the church wearing the same gown used by her older sister, Birgitta, for her two wedding ceremonies in 1961. The dress, by the Swedish atelier Marthaskolan, features a rounded neckline, three quarter length sleeves and a huge, full length skirt spreading out from a fitted bodice. Made of ivory duchess satin, it also has a thirteen feet train. Desiree, like her sister, also wore the Swedish Royal Family’s Cameo Tiara for her wedding but along with a tulle veil, she added a family heirloom. The princess also wore the lace veil that had belonged to the grandmother she never knew, Princess Margaret of Connaught.

The wedding was a happy event and included a glittering reception. Following her marriage, the bride was known as Princess Desiree, Baroness Silfverschiold. She and Niclas had three children and lived happily until his death in 2017.

Sweden’s many June royal weddings are included in the brand new anthology, available from Royal Central. Royal Weddings, A Collection is on sale as a paperback and an ebook at Amazon.