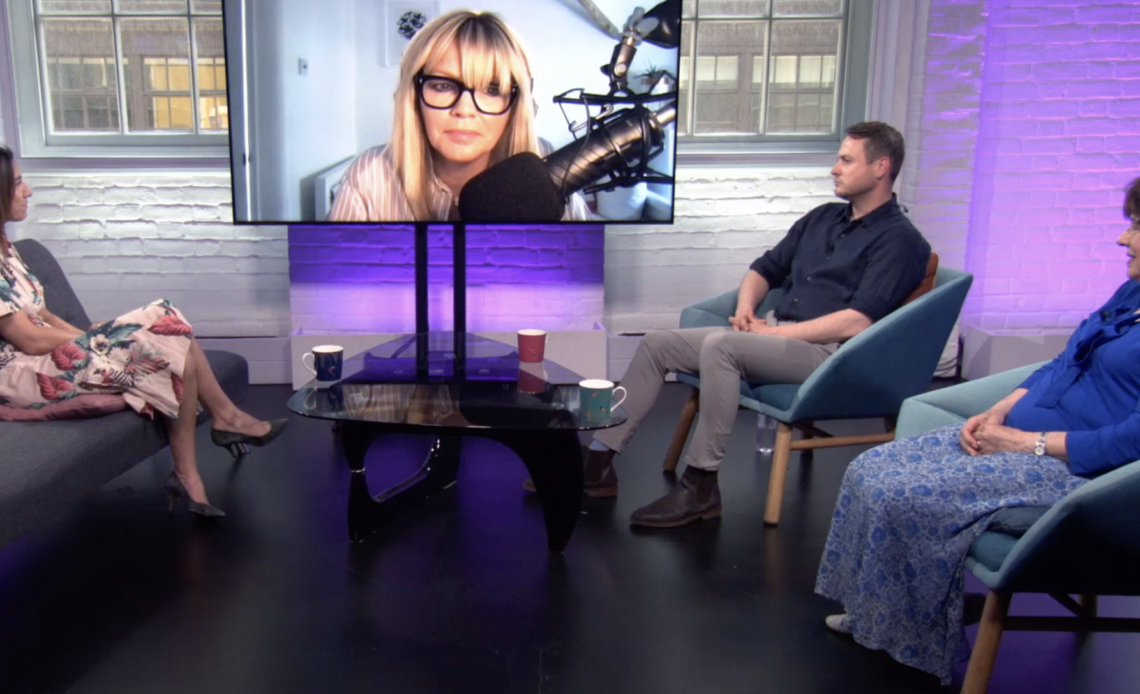 Prince Harry’s latest Oprah programme, the Cambridges’ successful Scotland tour, the investigation into the BBC Panorama interview with Diana, Princess of Wales, and The Queen’s upcoming Platinum Jubilee were the hot topics on a brand new episode of True Royalty TV’s The Royal Beat, available now on the True Royalty website.

Kicking off the show with a discussion of the Duke of Sussex’s Apple TV+ documentary series, The Me You Can’t See, Nikkah said, “I thought it was incredibly candid of Harry, but I suppose that’s what we’ve come to expect from him.”

Angela Levin, author of Harry: Biography of a Prince, told The Royal Beat that Harry is being: “rather selfish … I was very shocked when he said yet again how much he resented all the people that were surrounding him and crying [at the funeral of Diana, Princess of Wales], because it was his mother, and they shouldn’t do that.”

She added that “walking behind his mother was hideous for him, but to resent the people who admired Diana and loved her and thought incredibly highly of her, I think it’s not up to him to say who should mourn her. I think he doesn’t really care what anybody else thinks. He knows that his family can’t answer.”

The hosts also discussed the Cambridges’ recent tour of Scotland on the episode and how the Duchess of Cambridge has become “the jewel in the crown” of the monarchy. Getting back to business with six days of in-person engagements after a year of mostly doing video engagements, the Cambridges headed around Scotland in what Myers called a “resounding success” of a tour.

Nikkah, who travelled to Scotland for part of the tour, said the people loved and appreciated the couple being there and praised how Kate is “growing in confidence.”

“I think she manages to, at the moment, tread the sort of fine line between being seen as a queen in the making and still being a young woman in her thirties doing her thing,” Nikkah said.

The team also analysed the BBC Panorama investigation, which has been dominating the royal headlines in recent weeks, with Myers saying: “They should have made an example out of [Martin Bashir]. They should have come out and said he has behaved disgracefully and [agreed with] all the things said in Lord Dyson’s report, and [said] by William as well. However, I don’t think we’ve heard the last of it, because they need to make sure that they can’t just say ‘well this is back in the 90s – things have changed’, they need to make sure that it won’t happen again.”

A preview of the new True Royalty TV documentary, Queen Elizabeth II: Reign Supreme, was also shown on the new episode ahead of a discussion about the anniversary of Her Majesty’s coronation, which was marked on 3 June. The hosts also highlighted The Queen’s recent engagements and what we might expect from her over the next year leading up to the Platinum Jubilee.

The Royal Beat can be viewed in full on the True Royalty TV website. The streaming service, which has been described by Vanity Fair as “Netflix for royalty,” is the world’s first and only royalty subscription TV channel.

Royal Central readers also get an exclusive discount when signing up for the streaming service. You can sign up here.