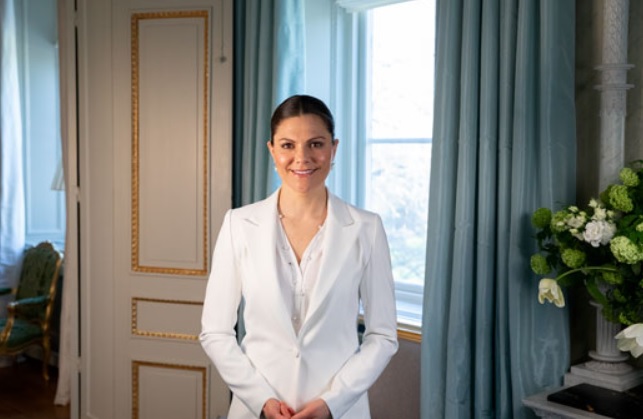 On Monday, Crown Princess Victoria of Sweden presented the Astrid Lindgren Memorial Award to the South Korean picture book artist Baek Heena and the French author Jean-Claude Mourlevat at a digital awards ceremony. The ceremony was also attended by the Swedish Minister of Culture and Democracy, Amanda Lind.

Her Royal Highness said in her speech: “Historically, literature for children has not always been as highly regarded as literature for adults. And yet, we know that those, whose images and words can find their way into a child’s heart and mind – who can spur its imagination – those artists and authors can change entire lives. Astrid Lindgren was definitely one such gifted author. Her delightful stories, with their strong message of humanity, have been read and cherished by generations of children around the world.”

The Crown Princess continued: “I am grateful that Astrid Lindgren’s memory lives on. Not just in her books, but also through the Astrid Lindgren Memorial Award, reminding us of the transformative power of good literature. Dear laureates. Your work helps children develop their language, their creativity, and their empathy. I personally cannot think of a more important gift to pass on to coming generations.”

The well-known Swedish author Astrid Lindgren died in 2002, aged 94. From the age of five she read to herself and continued her passion for the duration of her life. Much of her writing is influenced by her upbringing in Småland at the beginning of the 20th century. It was from there that she took the nature and environment of most of her books. Astrid Lindgren’s books have sold over 100 million copies worldwide, and they have been translated into almost 90 languages in 100 countries. To honour her memory and to increase interest in children’s and young people’s literature in the world, the Swedish government instituted an international award in her name. The Astrid Lindgren Memorial Award was awarded for the first time in 2003.