King Felipe VI of Spain: a summer to save his throne 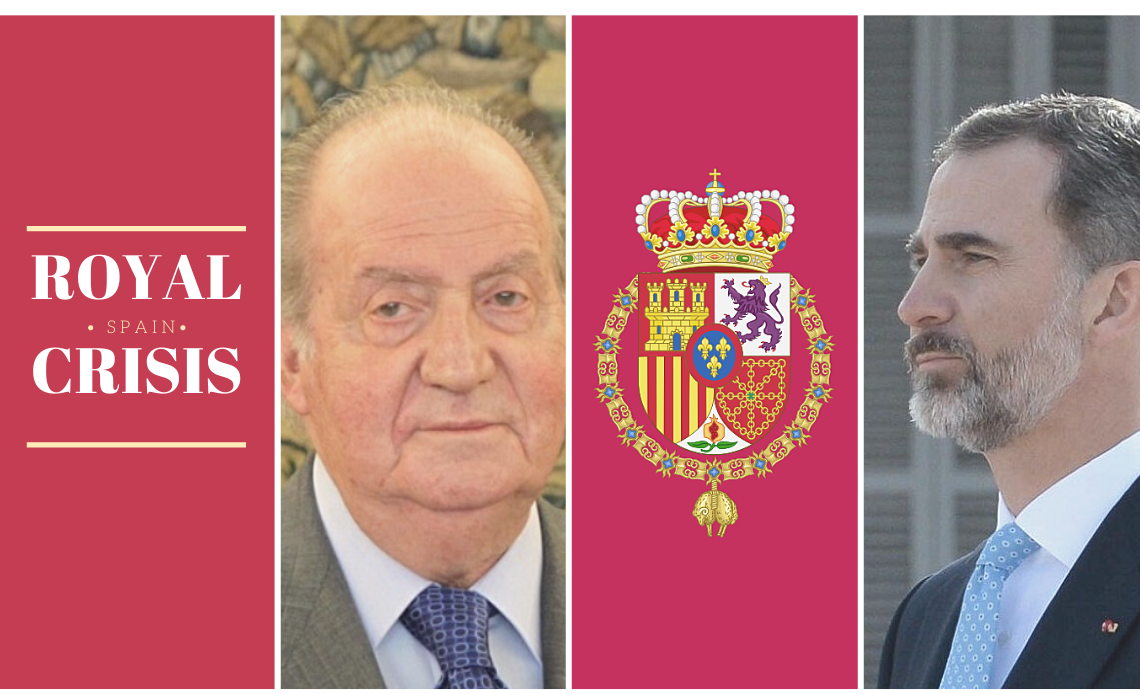 ”I’m a Juancarlist, not a monarchist” was a well worn phrase in Spain once upon a time. In fact, it was heard most loudly when Spain’s monarchy was a fairytale come true in the 20th century. People liked their king but they didn’t necessarily care so deeply for the institution he represented. The bond was personal and they took their dose of royalty to keep hold of the man who brought it. In fact, Juan Carlos was so popular for a time it was suggested he could run for political election and easily win. Now, as he goes into exile, Spain is looking again at its relationship with royalty. And if the Juancarlists of old really aren’t monarchists, his successor, Felipe VI, is facing a summer to save his throne.

The old king is so bound up in the history of his country that when his decision to leave was confirmed, on August 3rd 2020, several leading papers used the stark headline ”Juan Carlos abandona Espana”. Yes ”abandona” means leave but it has an air of drama, of rupture, of finality that underlined the huge impact this seemingly inevitable event had. For weeks, there has been pressure on the Royal Household to do something about the man now called ”King Emeritus” as allegations about his finances swirled and investigations, including one by Spain’s Supreme Court, continued. Would Felipe banish his father? Would he strip away his titles and leave him to end his years as ”Juan Carlos de Borbon”, the fallen king? In the end, it was Juan Carlos who made the decision and left, motivated, he said, by his love of Spain. After a month when his talk of his departure had become commonplace, he ensured it was made reality.

But that month, and those before it when discussion of his financial affairs entered new levels of controversy, have left the monarchy he made in a perilous state. King Felipe has tried to distance himself from his father, publicly renouncing any financial inheritance he might get from him and taking away his allowances. Some politicians have praised him for that, others have stated that a hereditary monarch can never sever the links with what has gone before. As Juan Carlos settled into exile, politicians from across the left wing in Spain began to call on social media for a change of regime.

Abdication isn’t their cry, it’s referendum. Opponents of the monarchy in Spain want a vote on whether the Crown should remain. And 2020 is very different from those glory days when Juan Carlos might have won a political poll. Felipe VI is personally popular but not close to the way in which his father was feted. The democracy that arrived with the reign of Juan Carlos also brought freedom and a younger generation who, fortunately for them, don’t remember anything else have been amongst the most vocal in questioning whether Spain should be a constitutional monarchy or a republic with an elected president.

”Alone before the State” read the headline of one editorial in El Mundo as the news of exile spread and it is true that Felipe VI has never seemed more solitary than now. The King of Spain has always lived in the shadow of his father. Even when he became Head of State, on the abdication of Juan Carlos in 2014, the presence of the man he calls Papa loomed large. Juan Carlos is such a seismic figure in modern Spanish history, for good or for ill, that he dominates everything to do with the country’s Monarchy. In the glory days, his past was its future. When trouble came, he was at its heart. Now he is gone, what is left for King Felipe VI?

A blank page can be a temptation and a torment. This summer, Felipe has the chance to restyle the monarchy in his own image but will that be enough to face down those who now see an opportunity to pile on the pressure and question royal power? The Spanish king will go to Mallorca, as he always does, but this is no relaxing holiday. As usual, he will host the Prime Minister but this is no bland photocall in the sun. All eyes will be on how Pedro Sanchez acts, every word the two men exchange will be scrutinised. The annual photocall with Queen Letizia and their daughters is no longer just a puff piece. The Royal Family of Spain have seen their very future put in question and now Juan Carlos is no longer there to take the first line of attack. The last short weeks of summer may be crucial for the future of their throne.

‘Juancarlista or monarquista” – that phrase that followed the Borbons at the height of their power has perhaps never been more resonant. The old king is gone, perhaps never to be seen again, and on offer is a monarchy that struggles to resonate with some sections of Spain. Felipe VI is well liked but would he win an election? The reality is, we may be about to find out. The Monarchy of Spain is staring into an uncertain future and we are watching royal history in the making.