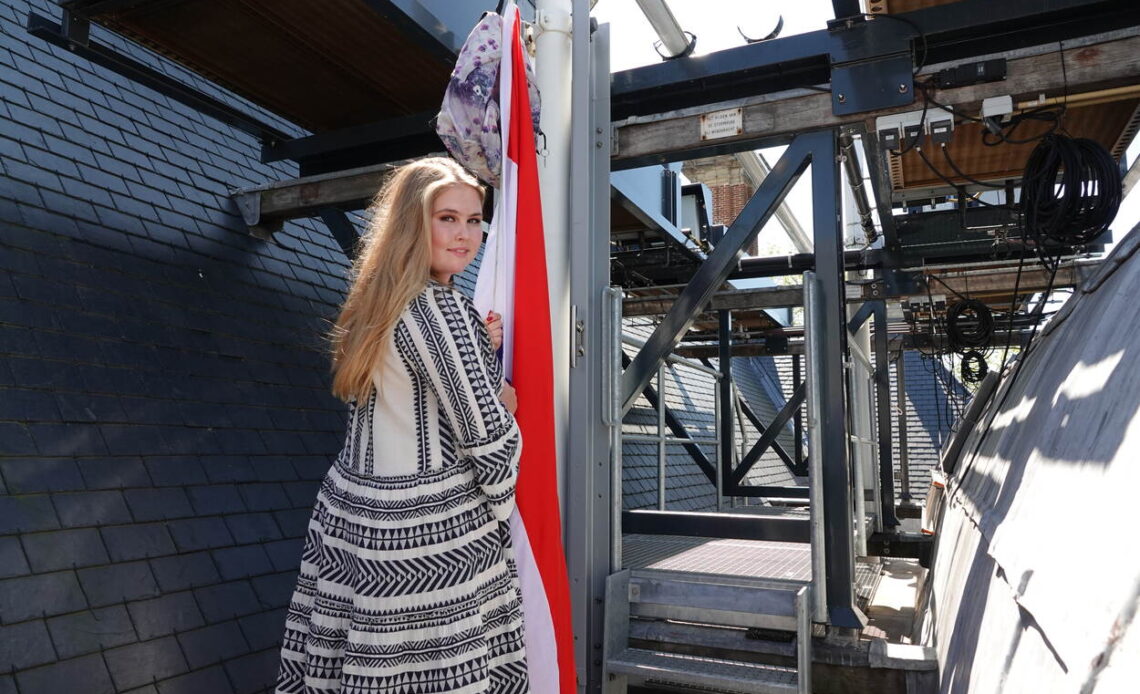 On Thursday, the 15th of July 2021, during a visit to Amsterdam’s Red Light district to inaugurate a 3D printed bridge, Queen Máxima told the public that her eldest daughter, Princess Catharina-Amalia, would receive her high school diploma later that day.

The Princess graduated with honours last month, and, following a Dutch tradition, hung her rucksack to a Dutch flag and then raised them above Huis ten Bosch Palace, the Royal Family’s residence.

The Princess will turn 18 later this year, but has already taken the decision not to undertake any official duties as a Royal for the moment.

She has instead chosen to take a gap year to do “all the things she will not be able to do later on in life”, a Palace official explained.

After her gap year, she will most likely go to University, although it is unclear whether she will receive any military education, which seems to be the path for many of her fellow heirs to the throne (Princess Elisabeth of Belgium is on the verge of completing her first year at Belgium Military Academy, and it is almost certain that the Princess of Asturias will also undertake military training once she returns from her two years in Wales).

The Princess of Orange has therefore declined to accept her 1.6 million euros income for the year, as she won’t be “doing anything in return for it.” She will be entitled to it once she turns 18 years old, but she said she won’t be accepting it for as long as she will be studying or not being a working member of the Royal Family.

The ceremony of receiving her high school diploma must no doubt be a proud moment for her, after graduating with honours in such a difficult year for all students.