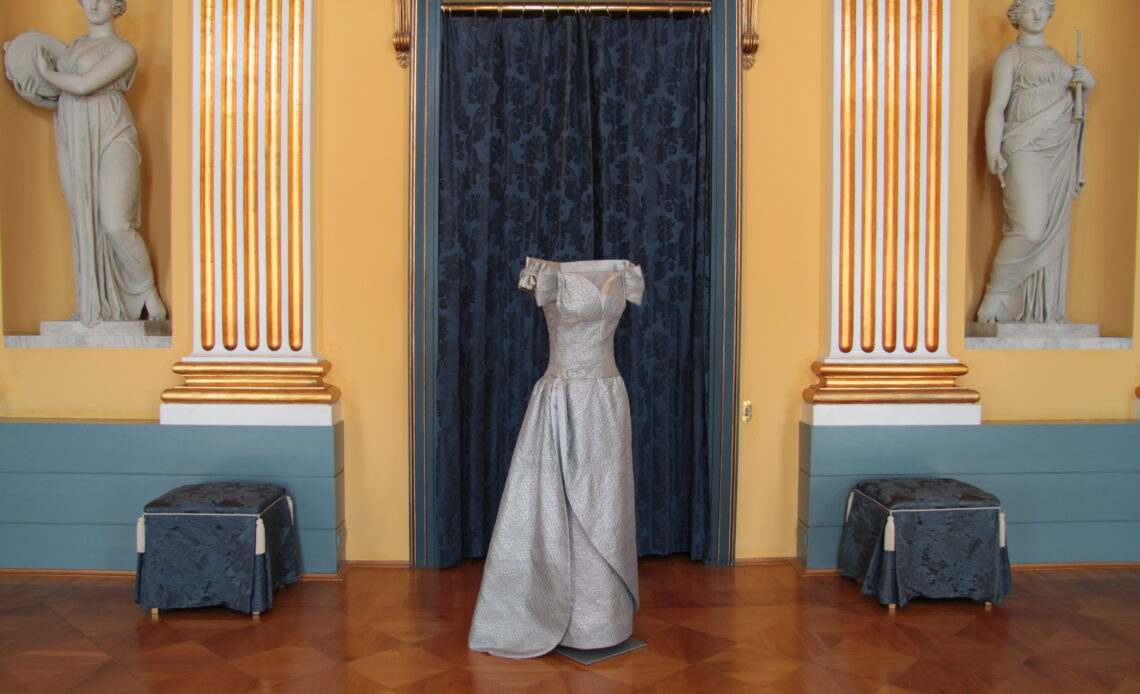 A special exhibition of Princess Benedikte of Denmark’s dresses is now on display at the Amalienborg Museum to coincide with her birthday.

‘Princess Dresses’ opened on 4 July and consists of 21 dresses that Danish designer Jørgen Bender created for Princess Benedikte during the period of 1968 to 1999.

The exhibition includes dresses “spanning birthday dresses, a silver wedding [anniversary] dress as well as company dresses,” per the Royal House’s website, and will give “an insight into Benders’ aesthetic and detailed craftsmanship and also presents four decades of fashion history.”

Bender began designing dresses for the Danish Royal Family in 1967 and, in addition to Princess Benedikte, designed outfits for Queen Margrethe, Queen Ingrid, and Queen Anne-Marie of Greece, the Countess of Frederiksborg, and Princess Alexandra of Sayn-Wittgenstein-Berleburg, including all of their wedding dresses.

Bender also designed for Queen Silvia of Sweden and Queen Sonja of Norway. He passed away in 1999.

“The exhibition is a marking of the Princess’ sharp eye for quality and craftsmanship,” said Thomas Thulstrup, the Museum’s Director in a statement on the Museum’s website.

“She has always supported Danish and sustainable design, which is right in line with Bender’s design aesthetics. It is therefore a great honour for The Royal Danish Collection to exhibit a collection of exclusive creations from Jørgen Bender.”

The exhibition website notes that Bender’s designs were “created in close cooperation with his royal clients, and according to the Princess, he was superb at drawing sketches from which good discussions arose.”

Princess Benedikte said about Bender that he often recycled her dresses and created new versions from them. She said, “Jørgen Bender has changed countless of my gowns, a form of recycling, one might say. Often, he would also create two versions of a gown, one for summer and one for winter.”

‘Princess Dresses’ will be on display throughout the summer, ending on 30 August.