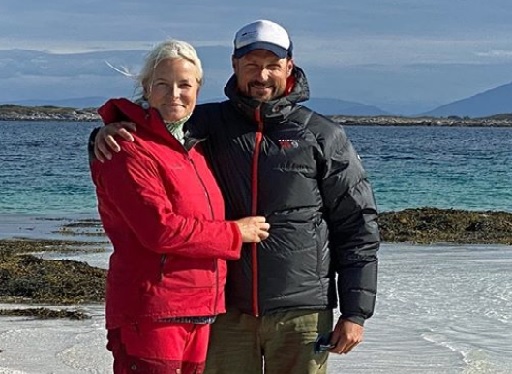 This summer also marks 20 years since they started working with young people through the Crown Prince Couple’s fund, where exclusion and mental health have been central. They are also open in the programme about experiences in their own lives that can be linked to these topics.

On August 25, 2001, Crown Prince Haakon and Mette-Marit got married in Oslo Cathedral, a wedding that was followed by millions around the world. Crown Princess Mette-Marit praises her husband, as she describes how they developed their relationship: “He saw me. He understood me. He was curious. And he held me”.

Crown Prince Haakon, for his part, talks about his first meeting with Mette-Marit in 1999 and why he fell for her. He says: “The bright southern girl made an impression on me. You notice when Mette enters a room. There is a power there that is not so easy to overlook. She seemed confident and accustomed to the world. In addition, she was nice to talk to. It felt safe when we were together. The fact that she had a small child really only told me that she was not afraid to take on commitment and responsibility. She did not become any less attractive in my eyes for that reason”.

Among the topics that are included in the broadcast is how important it is that young people feel that they have a place in the community. Crown Princess Mette-Marit draws parallels to her own youth, and suggests that she was a handful for her mother when she shaved off all her hair in her last year in high school. She says: “I think my mother coped well. Had Ingrid done the same today, I do not know if I would have been as calm. I know that the difficult years between teenager and adult can be a very vulnerable phase of life for many. That is how it was for me”.

Royal Central will have special features through the month marking twenty years since this first major royal wedding of the 21st century. You can enjoy coverage of dozens of famous royal weddings in our new book. Royal Weddings: A Collection is available on Amazon as an ebook or a paperback.