Princess Catharina-Amalia introduced in the Council of State 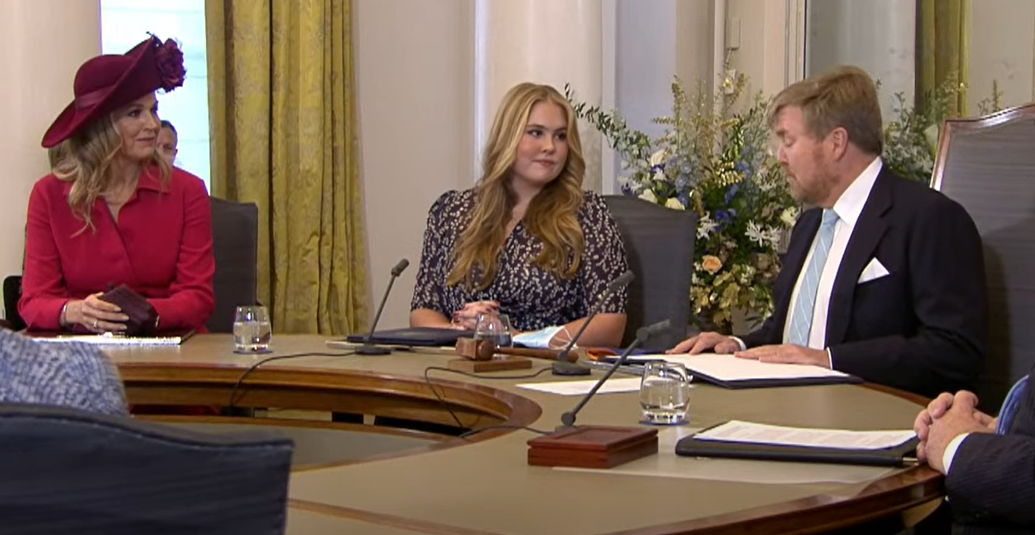 King Willem-Alexander and Princess Catharina-Amalia arrived in the first car, with Queen Máxima following close behind in a second car. Father and daughter walked arm in arm as they entered the former royal palace, which now houses the Council of State. He then led her into the ballroom, where other members of the Council were waiting. Once seated, the King opened the meeting to introduce his daughter.

After a short speech by the King in his role as President, Princess Catharina-Amalia also held a speech. She opened with a joke, calling her father, “President, if I may, just this once.” She quoted her grandmother Princess Beatrix who promised to be a good student in the Council of State.

After the meeting, Princess Catharina-Amalia planted a tree in the French garden behind the building and she received a fountain pen as a gift to remember the day. The tree had been pre-planted for her, as it was a bit too large but she symbolically added more soil. The engagement ended with a few questions from the press.

Her seat in the Council of State does not give her the right to vote, but it does give her the chance to get to know the legislative system. However, it is expected that she will not immediately begin to attend the meetings as she is still on her gap year and plans to study next year.