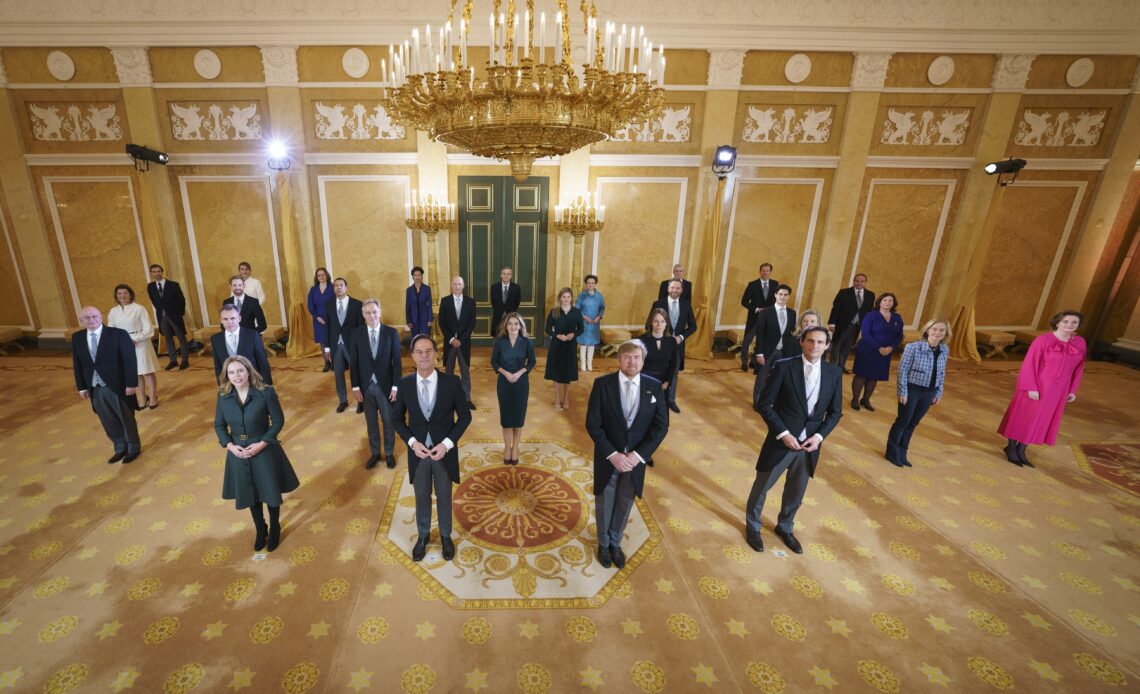 Following a complicated political season, the Netherlands has a new government with full powers.

After elections that were held in March 2021 and months of political tension over the creation of a coalition for the new government, King Willem-Alexander hosted the swearing-in ceremony on Monday, 10 January.

The event took place in the Ballroom of Noordeinde Palace, in the strictest respect of health safety precautions.

This government will be the fourth consecutive one led by Prime Minister Mark Rutte and has therefore been dubbed “Rutte IV.”

“Rutte III” had some troubles staying in power because of scandals that plagues several members, including the Prime Minister himself.

Outside of the restrictive measures, the ceremony followed all the mandates dictated by tradition. The King received the swearing of the Prime Minister, then the Ministers, then the Secretaries of State, in the protocol order dictated by the Dutch constitution.

Many of the ministers are familiar names for anyone vaguely familiar with modern-day Dutch politics, as most have already been part of previous government formations.

The most significant change has been the Minister of Economic Affairs; after three tours under Rutte, Wopke Hoekstra was replaced by Sigfrid Kaag, previously the Minister of Foreign Affairs.

The coalition has also changed priorities, with the climate change fight taking more prominence and the promise of a 35 billion euros investment over the next few years to promote sustainable development.

This is a topic that is near and dear to the Royal Family’s heart; as recently as November 2021, the royal couple’s middle child, Princess Alexia, was seen taking part in a protest organised by members of UWC Atlantic College, the school she is attending, for action on climate change. It was a call directed to all political leaders that were taking part in the COP26 climate conference in Glasgow.