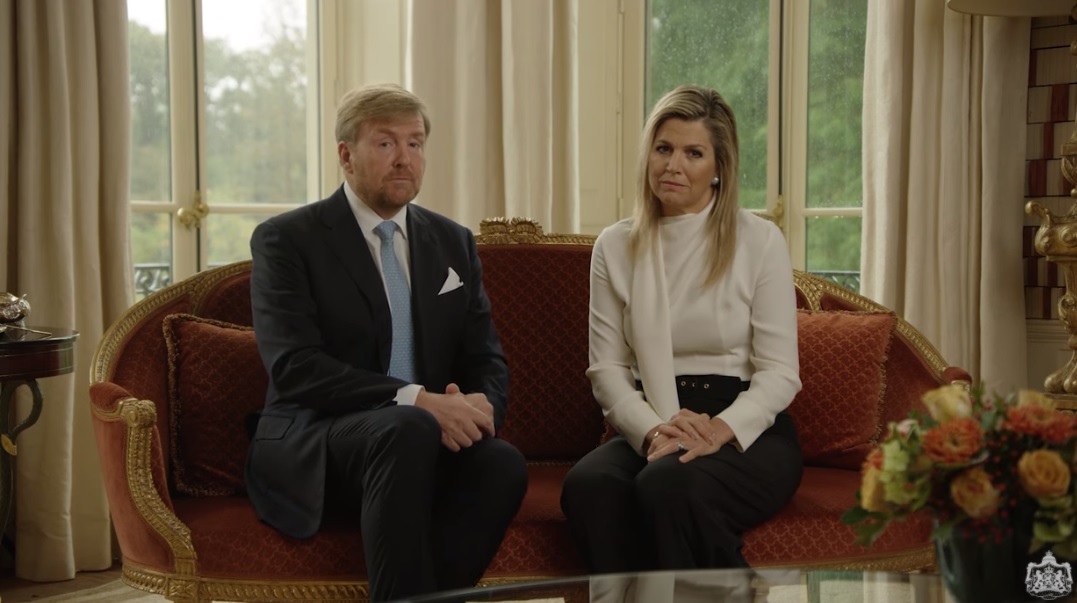 The King and Queen of the Netherlands have spoken of their regret over their decision to take a holiday in Greece when their country was facing new coronavirus restrictions. In a specially recorded message, the Dutch monarch said the decision to take the trip had been a betrayal of trust by the royals.

King Willem-Alexander and Queen Maxima spoke out as the row over their holiday intensified. The Dutch royals were found to have left for a break in Greece at the weekend, leading to controversy as many families across their country had to cancel travel plans as new restrictions caused by the coronavirus pandemic took hold. They were understood to have returned almost immediately but then, on October 20th 2020, it was revealed that only the King and Queen and their youngest daughter, Princess Ariane, had come home. Princess Catharina-Amalia, 16, and her sister, Princess Alexia, 15, stayed on in Greece for several more days. A spokesperson said it was because they couldn’t get plane tickets back straight away. That led to further controversy and, less than 24 hours later, came the royal apology.

In the video, King Willem-Alexander says ”With regret in my heart I turn to you. Our trip to Greece has provoked strong reactions from many Dutch people. It hurts to have betrayed your trust in us. Even though the trip was in line with the regulations, it was very unwise not to take into account the impact of the new restrictions on our society. Our own decision to return was made with the realization that we should not have gone.”

He continues ”From the start of the corona crisis, we have done our best to find space – within the limits of the corona policy – and to be there as much as possible for everyone who is looking for support in uncertain times. It is a difficult time for everyone. A time of lack, limitations and worries. From fear, anger and insecurity too. We have heard the poignant stories in many encounters, in person and digitally. We feel connected with you and with all those people who have been directly or indirectly affected.”

The message ended ”We will continue to work with you to get the corona virus under control. So that everyone in our country can then resume normal life as soon as possible. That is the most important thing now and we will continue to do so, to the best of our ability. We are involved. But not infallible.”

It’s not yet clear what impact the King’s unprecedented apology will have. There has been widespread criticism of the Royal Family across Dutch media with the row coming just weeks after another contentious debate about money and the allowance which will be paid to Princess Catharina-Amalia when she reaches the age of eighteen.