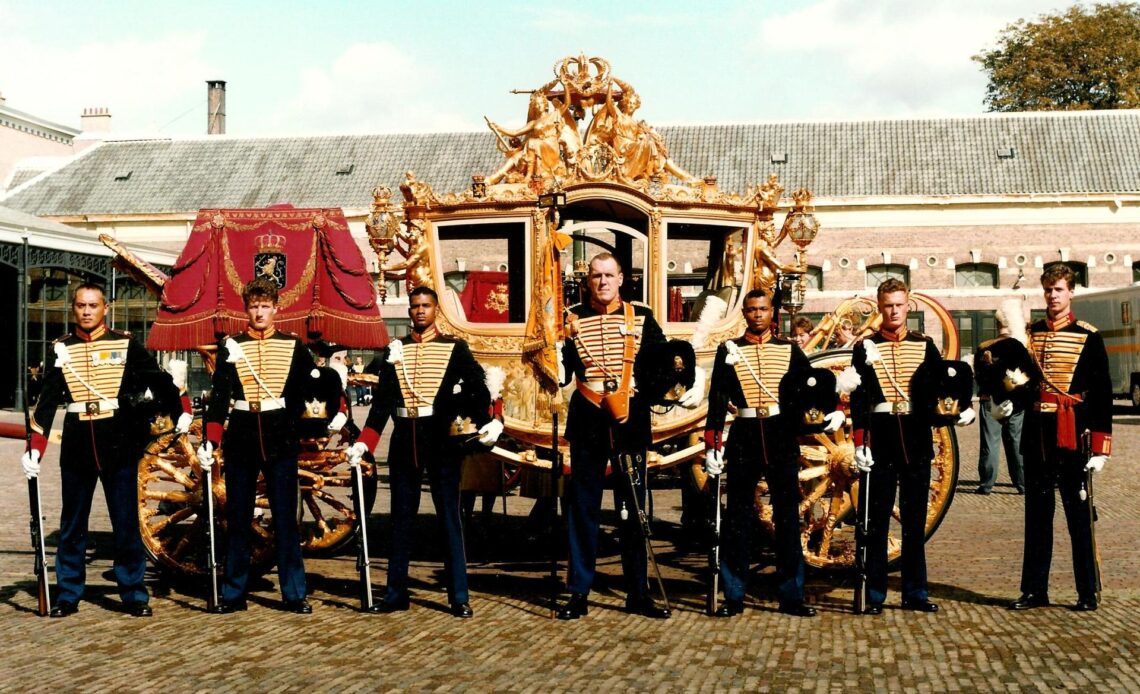 A 122-year-old carriage that has made headlines in recent years for its colonial artwork will be on public display in 2021 when a new exhibit opens at the Amsterdam Museum.

The exhibition will be titled ‘Golden Coach – Gift of Amsterdam’ and will run from June through November 2021. The carriage, known as the Gouden Koets, or Golden Coach, was given to Queen Wilhelmina by the residents of Amsterdam in 1898 for her inauguration and financed with individual donations by the people of the city.

According to the NL Times, more than 1,200 people worked on the Gouden Koets, “including children who lived in the Burgerweeshuis orphanage – the current location of the Amsterdam Museum.”

The coach has been used for royal weddings since 1901, including the 2002 wedding of the King and Queen, then Prince Willem-Alexander and Princess Máxima.

Every year for Prinsjesdag, or Prince’s Day, which this year will be held on 15 September, the carriage has carried the Dutch monarch to parliament for the annual throne speech. Since 2016, the Royal Family has used the Glass Carriage while restorations take place to the Gouden Koets, but some offensive artwork has raised discussions about whether the coach will ever be used publicly again.

The Gouden Koets has caused offence in recent years over some colonial paintings on a side panel created by Amsterdam painter Nicolaas van der Waay. The triptych, titled “Homage From the Colonies,” features depictions of black figures in a scene that has been protested as glorifying the enslavement of colonial people. Many have called for the removal of the coach from public duty.

King Willem-Alexander has said he was “following the discussion but I am not taking part in it” and that the carriage “is part of the Dutch cultural heritage.”

The fully restored carriage will be displayed in a glass case in the courtyard of the Amsterdam Museum and six rooms will detail its history, including information on colonialism.

A programme also will be held by the museum where the public can participate in a discussion about themes related to the Gouden Koets and Dutch cultural heritage.