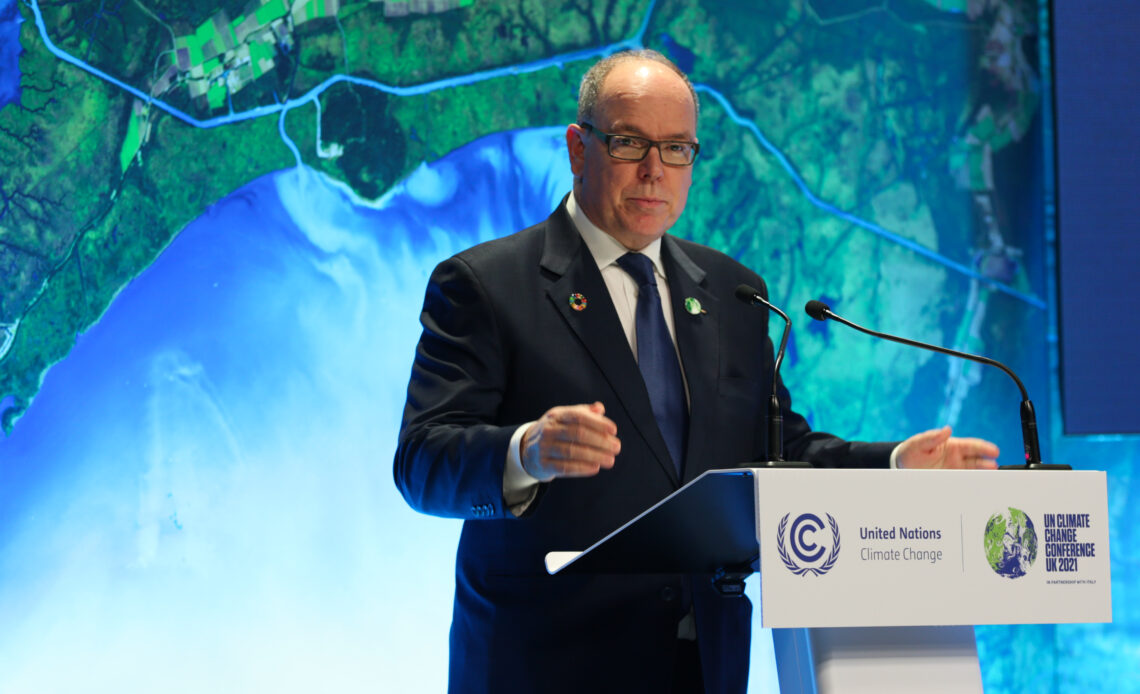 Prince Albert of Monaco spearheaded his “70 seconds to evocate 70% of the planet” initiative by recording a 70 second video briefly listing all the important topics surrounding the oceans.

Pollution, overfishing, loss of biodiversity, acidification of ocean waters are only a few of the topics mentioned by the Sovereign Prince during his recording, which was part of the One Ocean Summit taking place between 9 and 11 February in Brest, France.

His Serene Highness also mentioned the rapid decrease in coral populations, due to climate change bringing on a sudden acidification of ocean water. The phenomenon is known as coral bleaching, and one of the solutions to this issue was awarded the first Earthshot Prize in the “Revive our oceans” category.

Prince Albert went on to list all the solutions that have right now a prominent spot due to the urgency of the matter. Shining a spotlight on the issues is the first thing to do; involve young generations into the understanding and preservation processes is another key point.

The Sovereign Prince also mentioned that the public has to “listen to scientists” and their approach to the issue, in order to make the best decisions with the data we have at the moment and try to avoid taking measures that can have negative consequences.

But his most passionate argument was towards the creation of protected marine areas. “I would have loved to dedicate 30% of my time to this, because we have to implement them on 30% of our oceans from here until 2030,” he said.

Prince Albert concluded his video by inviting anyone listening to the Monaco Blue Initiative, a forum conference that will take place in the principality on 20 and 21 March 2022.

The debate will be focussed on discussing issues and solutions to protect oceans and their biodiversity by creating long term sustainable solutions to accomodate everyone’s needs without compromising safety.

The Monaco Blue Initiative has reached its 12th edition and is organised by the Prince Albert of Monaco Foundation every year to reunite the main stakeholders of the fight to preserve the oceans and their biodiversity.

Prince Albert of Monaco and his foundation have always been very involved in the fight against pollution and the preservation of oceans. The principality is only four square kilometres and is a waterfront nation, meaning that the ocean (or, in the case of Monaco, the Mediterranean Sea) occupies a key role in the country’s economy and development.