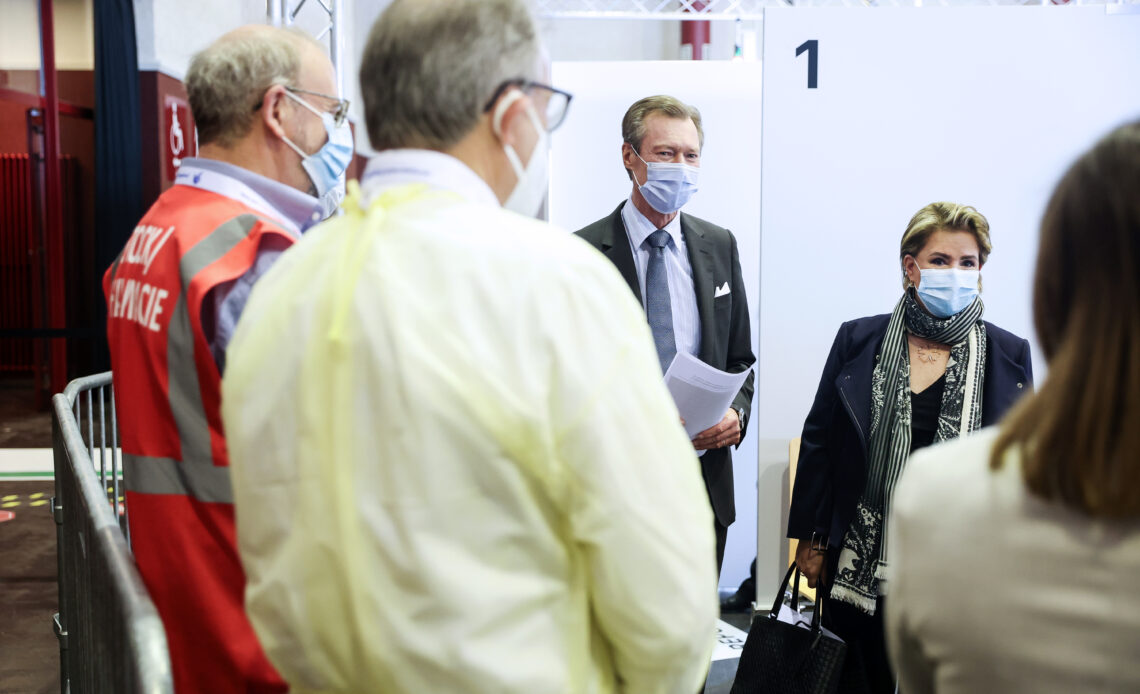 Grand Duke Henri, 66, and Grand Duchess Maria Teresa of Luxembourg, 65, have been vaccinated against COVID-19.

The Grand Duke and Grand Duchess received their jab at the Luxembourg-Limpertsberg vaccination centre on Thursday. They chatted with the staff of the vaccination clinic ahead of receiving their shots.

After their vaccination, the Grand Ducal Court said: “Their Royal Highnesses thank all those who invest in bringing the vaccination campaign to a successful conclusion, a solidarity effort that will allow us to gradually return to normality.”

The Grand Ducal Couple are the latest royals in Europe to receive the jab. Queen Elizabeth II, Queen Margrethe of Denmark, King Albert II of Belgium, King Harald and Queen Sonja of Norway, King Juan Carlos, Queen Sofía, Infanta Elena and Infanta Cristina of Spain, and King Carl XVI Gustaf and Queen Silvia of Sweden have all received their vaccinations.