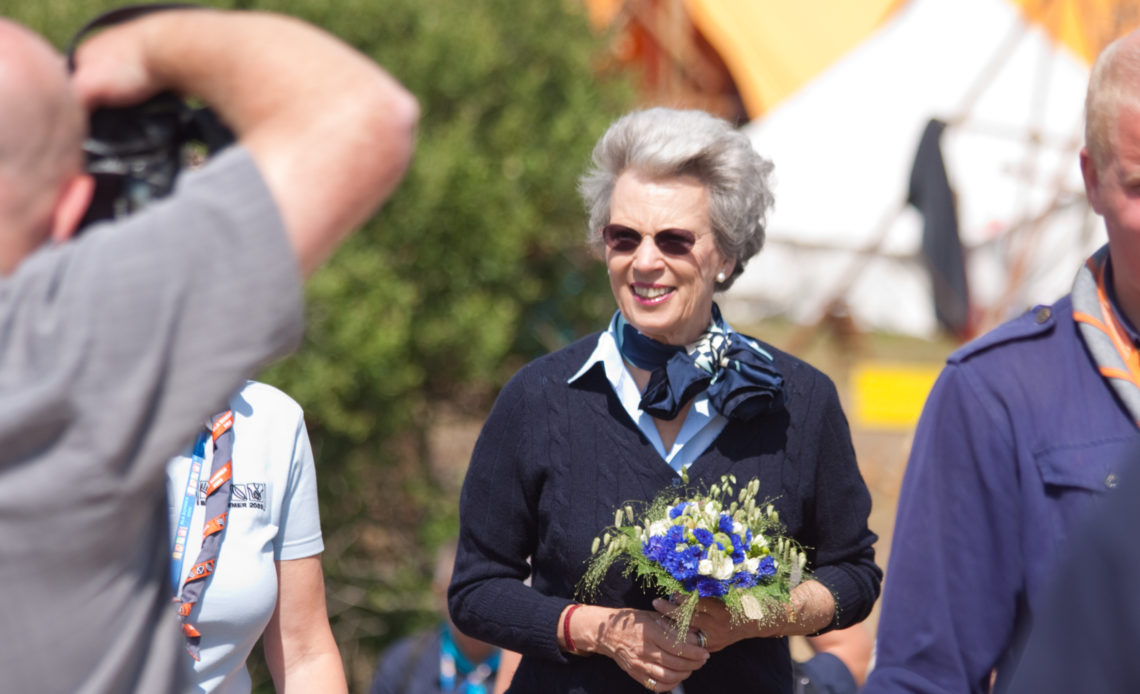 Princess Benedikte of Denmark and Sayn-Wittgenstein-Berleburg has attended a ceremony commemorating the 75th anniversary of the liberation of Denmark and honouring the fallen members of the Danish resistance. The event in Spentrup should have happened in May, but was postponed due to COVID-19 and took place on October 11th 2020.

Princess Benedikte, younger sister of Queen Margrethe, came without any other royals to the ceremony.

The day started with a service in Spentrup Church where the Princess, together with a number of specially invited guests, listened to actress Bodil Jørgensen, who is known for her role in the movie about the resistance group “The White Stone Group”.

Then the Princess continued to Hvidsten Kro, where she was given a tour of the property and then was served lunch before visiting the memorial site. Wreaths were laid at the memorial stone where eight men from the White Stone Group are buried.

The Danish White Stone Group was a Danish resistance group that, during the occupation, handled the delivery of weapons, ammunition and explosives from English planes. The group was centred on Hvidsten Kro. The group provided a number of other groups with weapons, so that larger operations could be carried out against the German occupation of Denmark. After being reported by a Danish informant, several members of the group were executed in 1944.

May 4th 2020 marked 75 years since the message of liberation came to Denmark. The announcement of the German surrender came on the evening of May 4th, but finally took effect the day after at 8 p.m.

The German invasion of Denmark took place from April 9th 1940, during the Second World War. The attack was a prelude to the main attack against Norway. Denmark’s strategic importance for Germany was limited. The invasion’s primary purpose was to use Denmark as a staging ground for operations against Norway, to secure supply lines to the forces about to be deployed there. An extensive network of radar systems was built in Denmark to detect British bombers bound for Germany.