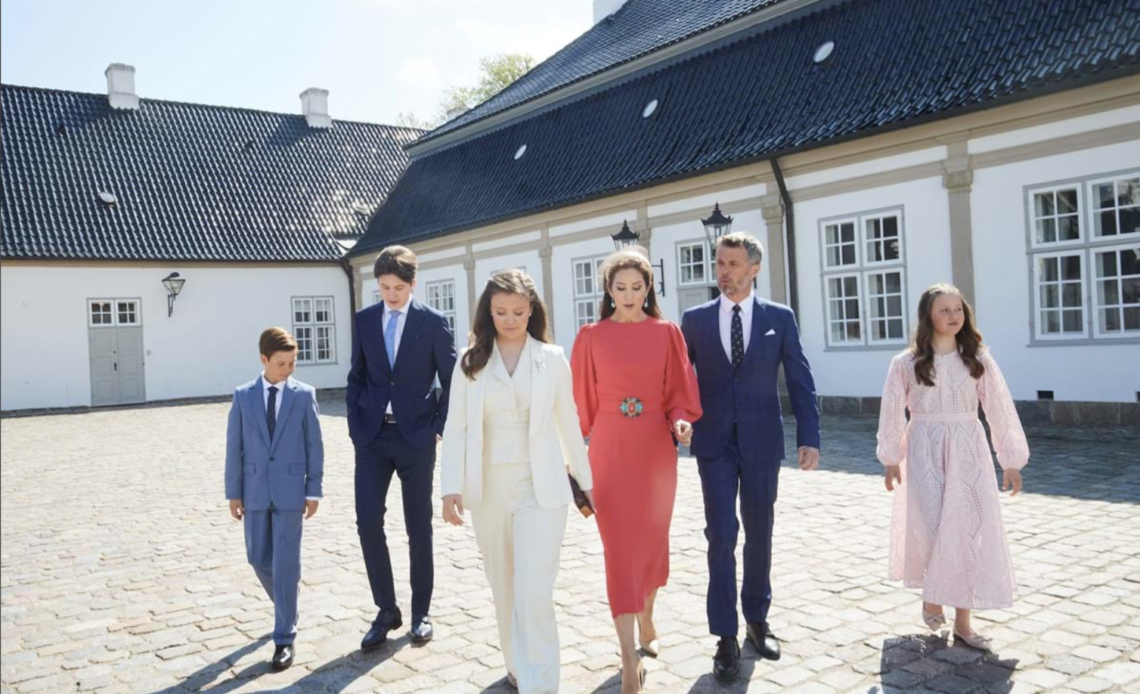 Princess Isabella of Denmark was confirmed into the Church of Denmark on 30 April in a private ceremony with friends and family in attendance.

Ahead of the ceremony, new photos of Princess Isabella and her family were released, similar to those released ahead of her brother, Prince Christian’s Confirmation, in 2021.

An image of the third in line to the Danish throne and Bishop Henrik Wigh-Poulsen, the Royal Confessor who conducted the ceremony, was also released.

As the ceremony was private to the media, the Royal House released two photographs that were taken during the Confirmation.

Several photos have been released by the Danish Royal House to commemorate the day, including images of the Princess with her family and with her godparents.

Ahead of the event, the Royal House also released images of the flower decorations that adorned Fredensborg Palace Church – the same church where the royal was christened in 2007 and where her older brother and father had their Confirmations.