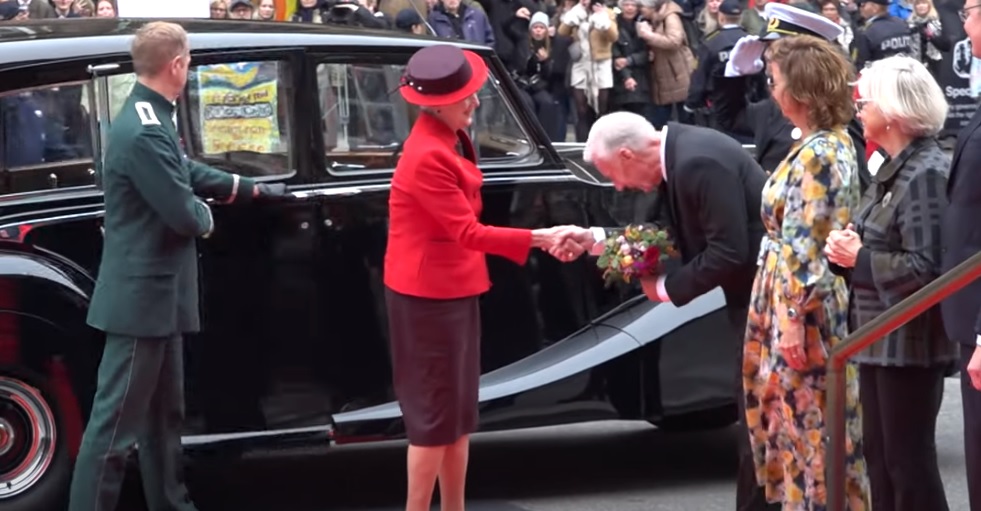 Kongehuset You Tube still/ fair use

The first Tuesday in October is Parliament Opening Day in Denmark, according to their Constitution, and so every year on the date the entire Danish Royal Family reunites for the occasion.

It is such an important moment of the Danish political year that not even a global shutdown could prevent it from happening.

Therefore, on Tuesday, the 5th of October 2021, Queen Margarethe, Crown Prince Frederik, Crown Princess Mary and Princess Benedikte all arrived at Christiansborg, the complex that houses not just the Royal Palace, but also the Parliament building, which in Danish is called Folketing, and the Prime Minister’s offices.

The royals made their way there according to protocol with the person furthest from the throne arriving first. In this instance, Princess Benedikte arrived first followed by Crown Prince Frederik and Crown Princess Mary before Queen Margrethe appearing last. All the royals were welcomed by a selection of five members of the Presidium of the Parliament, led by Folketing Speaker, Henrik Dam Christensen.

Following the official reception line, the members of the Royal Family moved to the Royal Lodge in Folketing Hall, from where they listened and watched the entire ceremony, which included the Parliament Opening speech from Prime Minister, Mette Frederiksen.

The Opening of Parliament is a ceremony that represents a key part of the political year for many monarchies. Nowadays, a sovereign generally does not have political power anymore, but the tradition  of them opening the political assembly has remained, as a sign of the entire structure of the State being on the same page, at least on the surface.