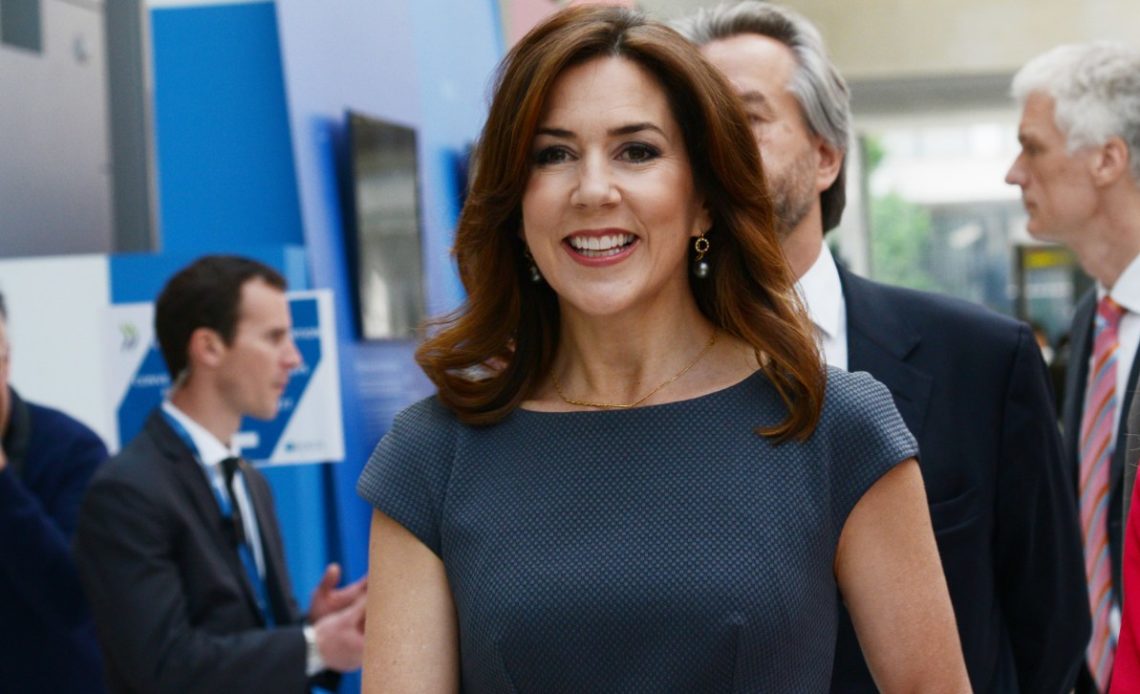 Crown Princess Mary explored the history of glassmaking in Denmark as she officially opened the design museum Holmegaard Works (Homegaard Værk) in South Zealand on Monday.

Built on the site of the former Holmegaard Glassworks, the new museum showcases glass, ceramics, and design and describes itself as “Denmark’s new hot spot for art-craftsmanship and tradition.”

Holmegaard Glassworks operated from 1825 through 2008 where the museum now stands, and the glassworks’ furnaces and workshops are preserved as part of the new Holmegaard Works.

During her visit, Crown Princess Mary toured the museum’s exhibitions of glass and ceramics and saw glassblowers at work making new designs.

Crown Princess Mary also had the opportunity to speak with glass master Per Steen Hebsgaard, who showed her around an exhibition of his works at the museum which included a range of stunning glass paintings.

She then viewed an exhibition highlighting creative arts from the Stone Age to the present. Titled “10,000 Years of Creativity,” the exhibit includes ancient finds from the nearby Holmegaard Bog along with contemporary designs.

The museum also hosts creative workshops for both children and adults, and Crown Princess Mary stopped by one of them to greet local children taking part in some art projects.

According to the Danish Royal House, the museum “contains the largest glass collection in the Nordic region with 42,000 Holmegaard glass and the world’s largest Kähler collection with more than 6,000 original Kähler objects.”

Glasses from Holmegaard and ceramics from Kähler have been part of typical place settings in Denmark for years, and the museum invites guests to “find something from your childhood” in their collection of bowls, glasses, jugs, and more.

The glass collection is housed in a seven-metre high, 40-metre wide display that includes 200 years of glassworks, including items like glasses made as royal wedding gifts.