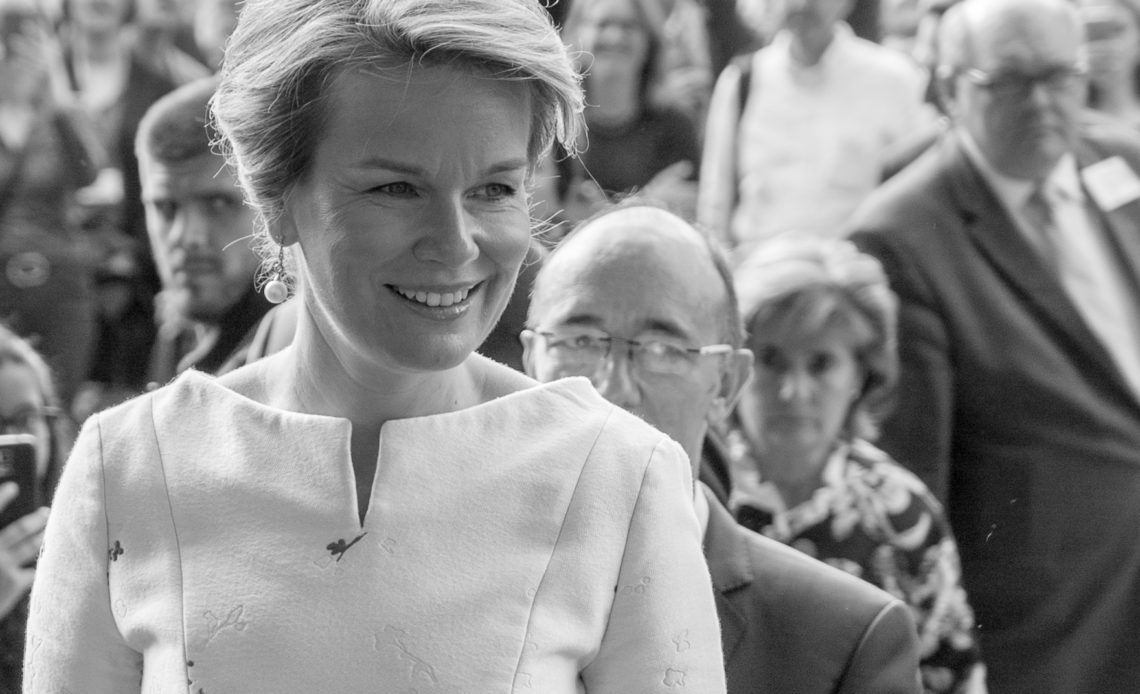 Queen Mathilde of Belgium was treated to a roundtable discussion on microfinance over delicious pastries during a visit to a small bakery in Charleroi – the fifth most populous city in the country.

Her Majesty arrived at local bakery Les Tartes Vertes to talk about the impact their microcredit grant has had on the lives of everyone involved in the business.

The bakery requested a grant frpm MicroStart, Belgium’s leading microcredit business that grants credits to future business owners who can not receive loans from the traditional banking system.

In the same bakery, Queen Mathilde held a meeting with representatives from Charleroi’s MicroStart quarters.

Microcredit is a topic that Queen Mathilde is passionate about since it became more mainstream.

Her Majesty has been holding meetings with microcredit institutions like MicroStart and the recipients of such grants for many years.

It has been over the last 18 months where microcredit has gained worldwide attention and importance, especially during the global health emergency.

Because of the impact that the global shutdown had on the supply chain, the business industry and the lives of individual consumers, microcredit became for many the only way to ensure the survival of their businesses.

During the engagement in Charleroi, Queen Mathilde listened to the bakery owners’ story, and how their microcredit grant impacted their business and the community that revolves around it.

Microcredit is an interest that Queen Mathilde shares with her neighbour, Queen Máxima of the Netherlands, with both royals being involved in the microcredit sector of the Unired Nations.

Queen Máxima is a Special Advisor to the UN Secretary-General on microcredit and financial inclusion, while Queen Mathilde was nominated Special Envoy for inclusive finance in the International Year of Microcredit (2005). Queen Mathilde also regularly attends the Davos Economic Forum.