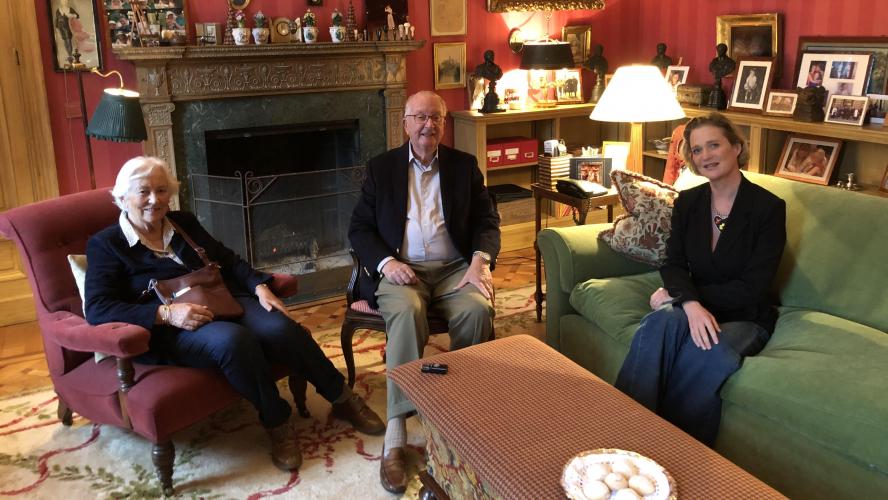 King Albert II of Belgium has finally met with his recently officially acknowledged daughter Princess Delphine again after many years.

The Belgian Royal house released a photo of a smiling King Albert and his wife Queen Paola meeting with Delphine in their home Castle Belvédère in Laeken on 25 October.

A joint statement reads: “On Sunday 25 October a new chapter, rich of emotion, peace of mind, understanding and hope was begun. During our meeting in Castle Belvédère each of us, in serenity and empathy, managed to express their feelings and experiences. After the uproar, the suffering and the injuries, it is now time for forgiveness, healing and reconciliation. Together we have decided on this new path. This will take patience and effort, but we are determined. These are the first step in a path that we will walk in peace. Delphine, Paola and Albert.”

Princess Delphine is the illegitimate daughter of King Albert II of Belgium, who abdicated in his son’s favour in 2013, and Baroness Sybille de Selys Longchamps. She was finally recognised as King Albert’s daughter after a long legal battle.

In 2013, Delphine summoned King Albert and two of his children, the Duke of Brabant, now King Philippe, and Princess Astrid of Belgium, Archduchess of Austria-Este to court in hopes of obtaining DNA for testing purposes. The King enjoyed immunity at the time, but his abdication in July 2013 opened the way for a new procedure. The former King of the Belgians was part of a great deal of Delphine’s childhood but has wanted nothing to do with her for the past 20 years.

Delphine received the title of Princess of Belgium and the style of Her Royal Highness, which also extends to her son and daughter. However, they will not be included in the line of succession. Her new official name will be Delphine of Saxe-Coburg (van Saksen-Coburg).