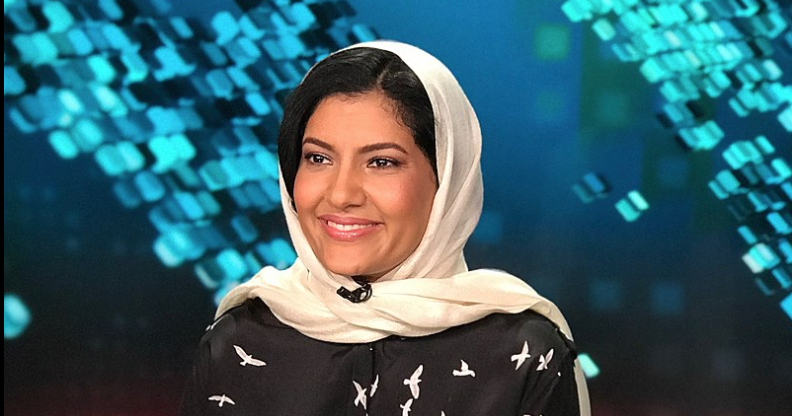 Saudi Arabian Princess Reema bint Bandar has been sworn in as the Kingdom of Saudi Arabia’s Ambassador to the United States in Washington.

She took the oath in the country’s capital of Riyadh in front of King Salman on Tuesday. She is Saudi Arabia’s first female ambassador to any country.

On Twitter, she said, “I was honored today to take the oath of office as ambassador to United States. I thank the Custodian of the Two Holy Mosques @KingSalman for his trust in me, I will work tirelessly to advance and strengthen the historic Saudi US partnership.”

The Princess was appointed in February as the 11th Saudi Arabian Ambassador to the United States through a royal decree by Crown Prince Mohammed (in his role as Deputy King) at that time.

She’s not the only member of her family to be sworn into a new role on Tuesday; her brother, Prince Khaled bin Bandar, was sworn in as Saudi Arabia’s Ambassador to the United Kingdom. He was previously the ambassador to Germany.

Her father, Prince Bandar bin Sultan, served as the Kingdom’s Ambassador to the US from 1983 to 2005. Prince Bandar was a friend of President George W. Bush with some jokingly calling him Bandar Bush due to the pair’s close friendship.

As a result of her father’s position, the Princess spent many years of her life in the United States and graduated from George Washington University in Washington D.C. with a Bachelor of Arts degree in museum studies.

The Princess has held various leadership roles in the Kingdom and around the world including the International Olympic Committee Women in Sports Commission, as well as the Saudi Arabian Olympic Committee and the Saudi General Sports Authority’s (GSA) Deputy of Planning and Development.