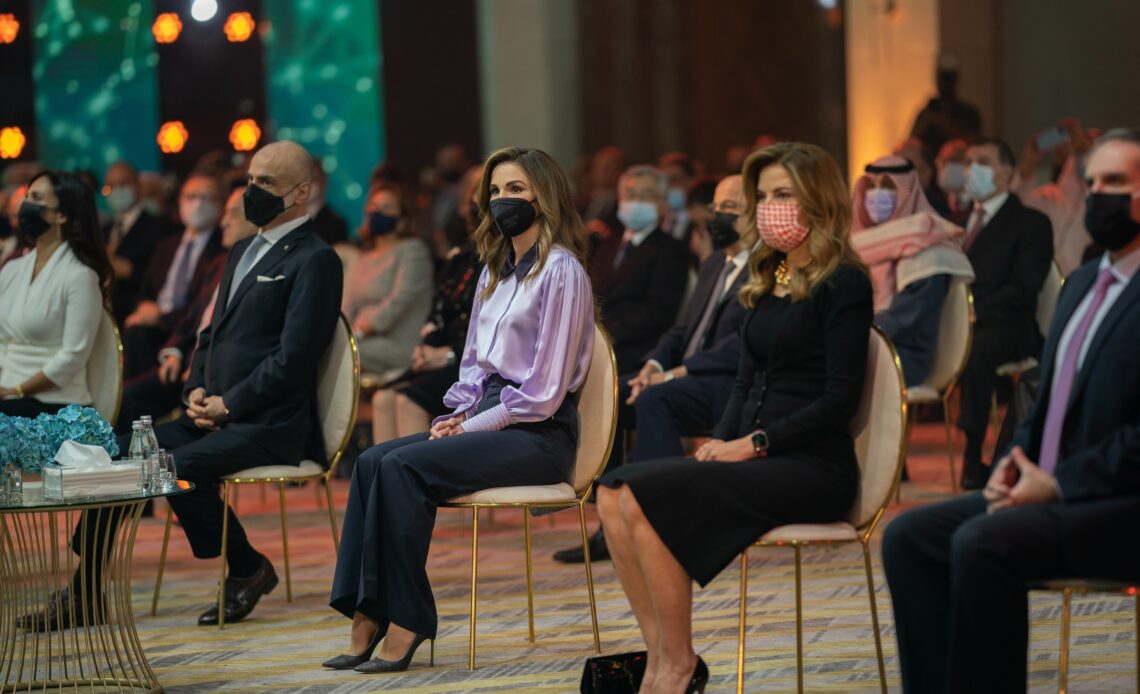 Queen Rania of Jordan has honoured the recipients of the 2021 King Hussein Award for Cancer Research.

The Queen of Jordan attended an award ceremony hosted by the King Hussein Cancer Foundation in her role as co-patron of the ceremony alongside her husband, King Abdullah.

The Queen was joined by Prince Talal bin Muhammad and Princess Ghida Talal for the ceremony where she presented the nine winners with their honorary plaques.

The nine winners all hailed from Jordan, the United Arab Emirates, Saudi Arabia, Lebanon, and the United States.

During the ceremony, Princess Ghida – who is Chairperson of the King Hussein Cancer Foundation and King Hussein Cancer Center – addressed the audience about changing the narrative around cancer. She said: “Today, from the heart of Jordan’s capital Amman, let us work together to change the narrative of cancer in our region, and create the only future we are willing to accept: A cancer-free future; a future that can only be assured through research.”

There are 111 researchers from 15 Arab countries who submitted applications for the four categories of the award. Those submissions were then looked over by a special committee that had been assembled based on each specific award category.