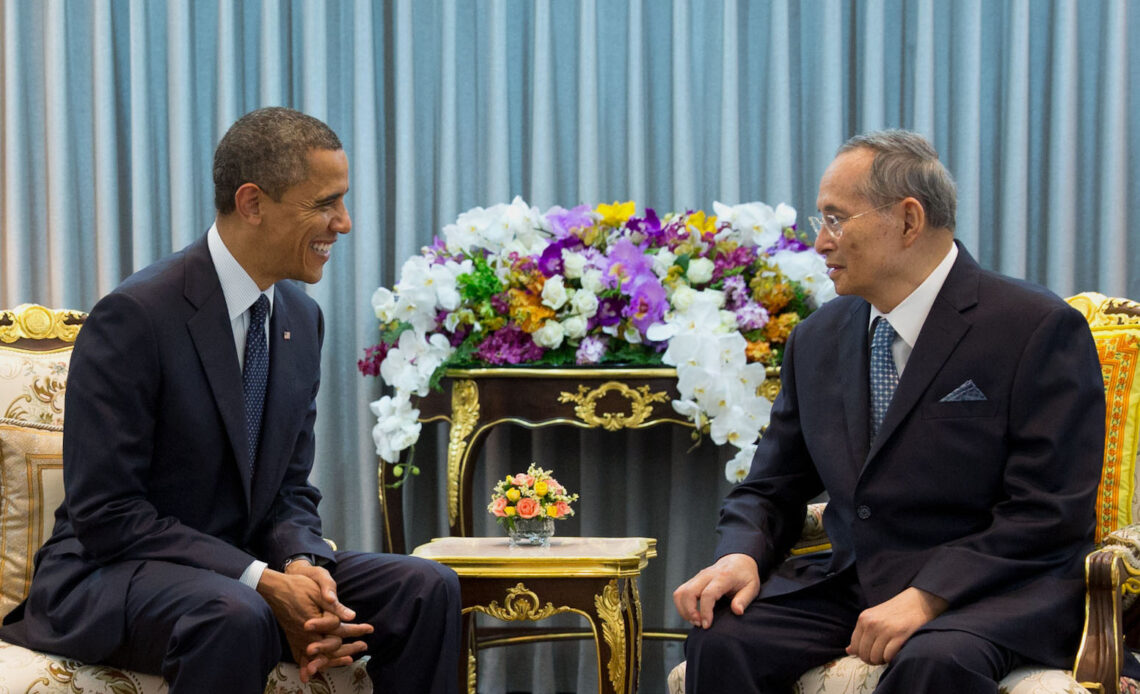 Thai citizens have been asked by the government to wear yellow today to remember the late King Bhumibol Adulyadej (or Rama IX) who died in 2016. Yellow is the traditional colour that represents the monarch in Thailand.

The government has also requested that private companies and state agencies set up altars and offer garlands in his memory until 22 October.

Four years since his death will be marked throughout Thailand as religious rites will take place, first at 7.30 at the Royal Field (Sanam Luang) outside the Grand Palace in Bangkok. Then, 89 Buddhist monks will accept alms from Prime Minister Prayut Chan-ocha’s delegation. This is the same location where the late monarch’s cremation took place in 2017.

Other ceremonies will be taking place across the country as regional leaders were instructed to organise similar ceremonies in their provinces. These same events will take place at Thai embassies abroad.

King Bhumibol Adulyadej died on 13 October 2016 at the age of 88 after years of declining health. He passed away in Bangkok’s Siriraj Hospital; that hospital is hosting a photo exhibit entitled “The King in Memories.” Musicians from Mahidol University and the hospital will also perform songs he composed from 9.30 am to noon in his memory.

King Rama IX was succeeded by his only son, King Maha Vajiralongkorn (or Rama X). While Rama IX was highly popular and beloved, his son’s reign has seen him take control of more power that has lead to protests against the monarchy.

The current king spends the majority of his time with his harem in Bavaria, Germany. He and his wife, Queen Suthida and his Noble Consort Sineenat Bilaskalayani have flown into Thailand for the ceremonies to honour his late father. For the first time in several months, the King will remain in his country for more than one or two days.