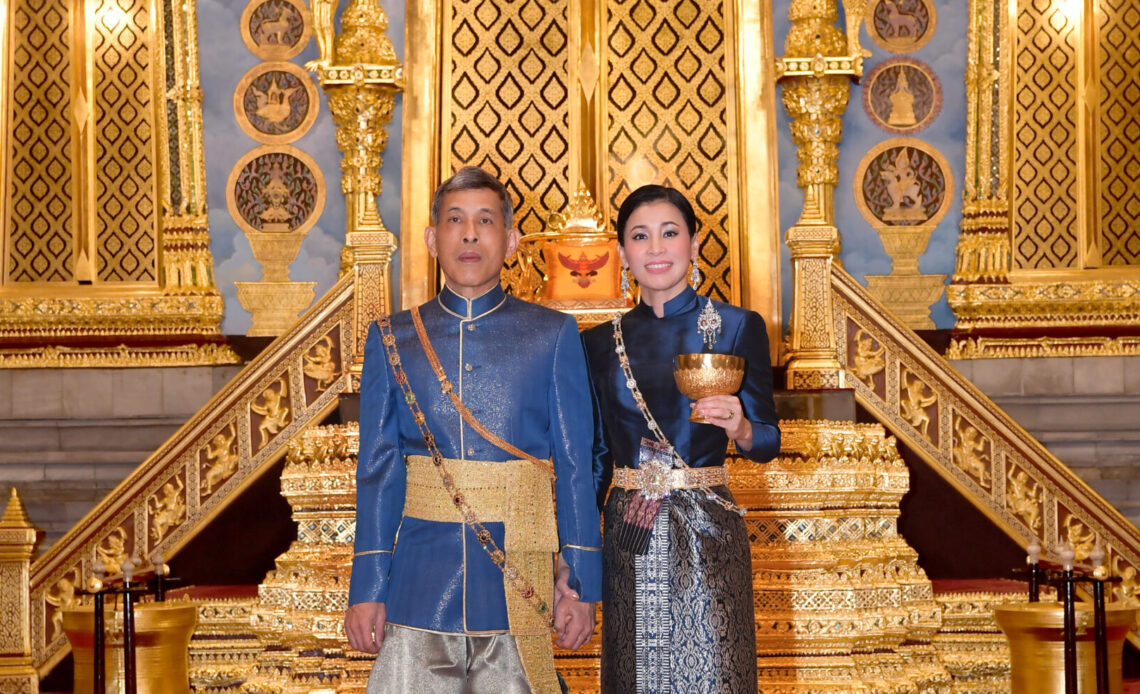 The King of Thailand has released a New Year card to the Thai people to coincide with his New Year speech that he gave as 2021 began.

The card features a photo that was released of King Maha Vajiralongkorn and Queen Suthida ahead of his coronation in May 2019. Both the King and Queen’s signatures also feature on the inside of the card while their monograms are on the front. The King’s concubine, Sineenat Bilaskalayani, was left off the card.

The King, who is also referred to as King Rama X, addressed the Thai people from the Amphorn Sathan Throne Room in Bangkok’s Dusit Palace.

He said that he wanted all Thais to “consider and understand the value of all goodness, beauty and prosperity, stability, firmness in accuracy for reason and truth.”

His Majesty added that “all cultures are evident in their traditions, rituals, languages, arts and habits,” saying that this means “Thai people, no matter who they are, wherever they are, they can be closely connected.”

Like the monarchs in Europe who spoke at Christmas and on New Year’s Eve, he also touched on the pandemic, which he called a “persistent disease.” The pandemic will be overcome with “knowledge, understanding and cooperation.” He also asked the Thai people to help one another and called on Buddha and his late father (who is considered a deity) to protect the Thai people and lead them into prosperity.