A look at the Crown Prince of Japan – Fumihito, Prince Akishino 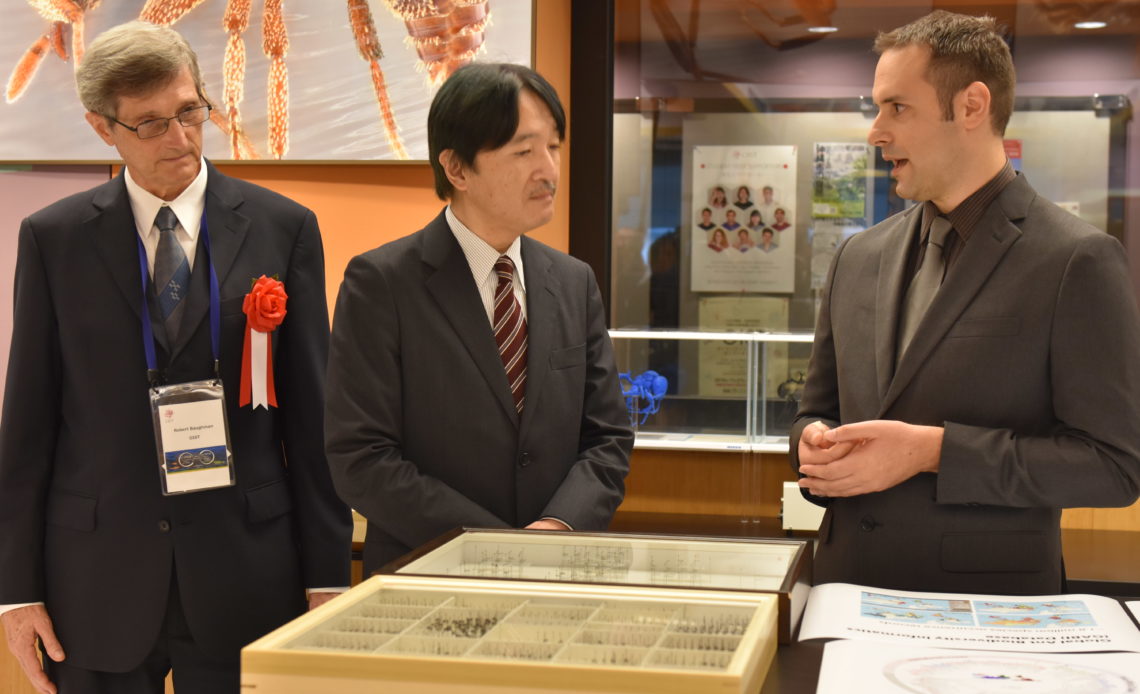 We are taking a look at the new Crown Prince of Japan: Fumihito, Prince Akishino.

Fumihito was born on 30 November 1965 in Imperial Household Agency Hospital at Tokyo Imperial Palace as the second child and younger son of the then Crown Prince Akihito and Crown Princess Michiko. He has an older brother, Emperor Naruhito and younger sister, Sayako Kuroda (formerly Sayako, Princess Nori).

His primary and secondary schooling took place at schools of the Gakushuin in Tokyo, where he also played tennis. He later studied law, beginning in 1984, at Gakushuin University, and four years later, he graduated from the Department of Political Studies. He next studied abroad in the UK from 1988 to 1990 focusing on graduate studies in zoology at the University of Oxford. Fumihito returned to Japan and received his PhD in ornithology from The Graduate University for Advanced Studies in 1996 after researching in China and Indonesia. He was also credited for introducing tilapia to Thailand.

His Imperial Highness’s grandfather Emperor Hirohito died in 1989, and Fumihito became second in line to the throne after his older brother, Naruhito.

While studying at Gakushuin University, Fumihito met Kiko Kawashima – a daughter of a professor of economics at the university. Their engagement was announced by the Imperial House Council on 12 September 1989, and they had their official engagement ceremony (Nosai no Gi) on 12 January 1990. They then married on 29 June 1990. This created Fumihito’s own branch of the Imperial Family, and he was conferred the title of Prince Akishino by his father, the Emperor.

Prince Askishino and Princess Kako’s first child, Princess Mako was born on 23 October 1991; she was followed by Princess Kako on 29 December 1994. Both daughters were born at the same hospital as their father decades previously.

Twelve years later, Princess Kiko gave birth to their only son, Prince Hisahito on 6 September 2006 at Tokyo’s Aiiku Hospital. He is the only grandson of Emperor Emeritus Akihito and will one day be Emperor himself. Upon his grandfather’s abdication on 30 April 2019, he moved to second in line to the Japanese throne. Japan only allows men to ascend the throne meaning the Japanese Imperial Family now only has three members able to ascend the throne after Naruhito – one of which is 84-year-old Masahito, Prince Hitachi.

Crown Prince Askishino and Crown Princess Kako undertake various duties on behalf of the Emperor, and these duties were expected to increase as Askishino became heir to the throne. However, due to the COVID-19 pandemic, the Imperial Family has remained behind palace walls due to health restrictions and has only been able to undertake some virtual meetings.