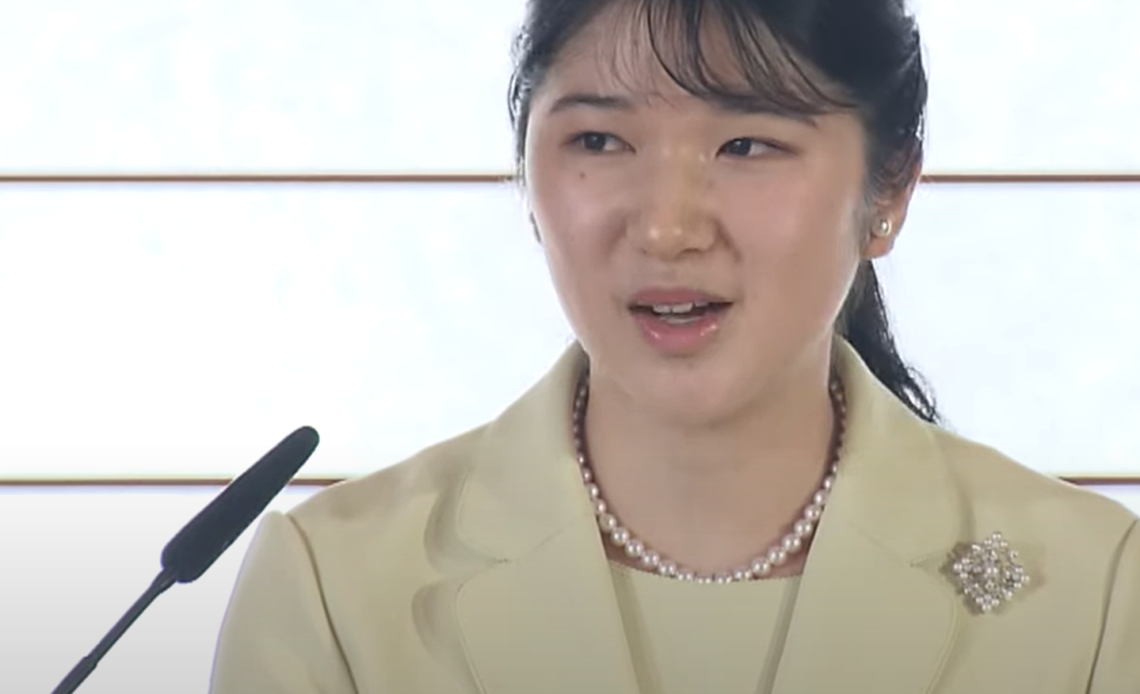 Japan’s Princess Aiko plans to continue her university studies online for the time being.

The only child of Emperor Naruhito and Empress Masako is in her third year of university and has said she will study online to prevent her parents from getting sick.

The Princess is said to want to take in-person classes but doesn’t want to risk exposing her parents to COVID-19 as Japan is seeing an uptick in positive cases. An aide said, “Aiko’s heart was shaken, and after consulting with her doctor, she made this decision.”

Aiko’s classes begin on 12 April at Gakushuin University, where she is majoring in Japanese literature and language.

Princess Aiko turned 20 in December 2021, which is the age of adulthood in Japan. She has since attended the New Year celebrations marking her first official event as a working Imperial Family member.

The Imperial Household has stressed that Aiko’s public duties will be limited while she is at university to allow her to focus on her studies.

Although she is the only child of the Emperor of Japan, she is not in the line of succession as women are not allowed to ascend the throne. They must also renounce their titles and leave the Imperial Family upon marriage to a commoner, which is their only option.

First in line to the throne is her uncle, Crown Prince Akishino, followed by his son, Prince Hisahito, 15. Third and last in the line of succession is the brother of Emperor Emeritus Akihito, Prince Masahito, 86.

There has been talk of changing the laws in Japan to allow women to head their own branches of the family and remain in the Imperial Family after marriage. The Japanese government has not proposed a bill to make any changes as of yet.