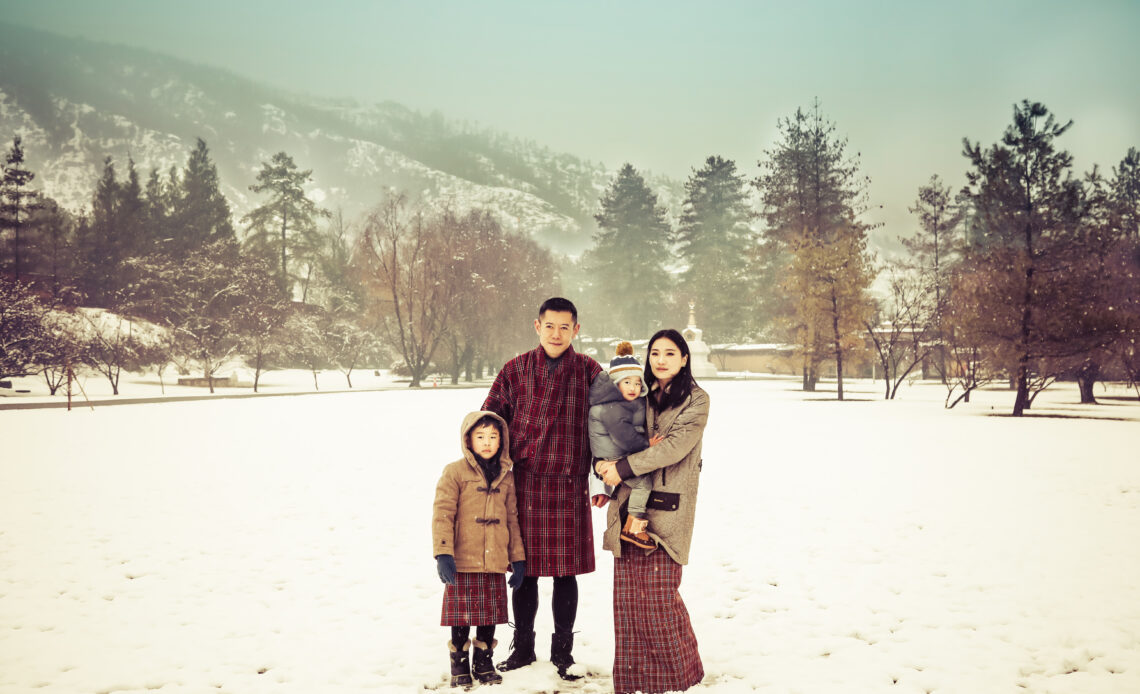 The Bhutanese Royal Family has released a new family photo of the King and his young family.

King Jigme Khesar, Queen Jetsun Pema, Crown Prince Jigme Namgyel and Prince Ugyen Wangchuck are photographed on 29 December on the snowy grounds of Lingkana Palace in Thimphu. The photo was taken after Bhutan’s first snow of the season.

The image also features on the January calendar for Yellow Bhutan. The calendar can be downloaded here. Downloads are available for smartphones, tablets, PCs and Macs.

Yellow Bhutan said about the January calendar: “We are honoured to have for our January 2022 Calendar, a wonderful Royal Kupar of Their Majesties and Their Royal Highnesses Gyalsey Jigme Namgyel and Gyalsey Ugyen Wangchuck, taken on December 29th, as we experienced the season’s first snowfall in Bhutan.

“We end another year with gratitude for having remained safe under the protection of our Druk Gyalpo and look to the new year with hope and optimism, guided and inspired by our King and Queen. May 2022 bring peace and happiness to all.”

The Crown Prince will celebrate his sixth birthday on 5 February, and the King will mark his 42nd birthday on 21 February. Little Ugyen Wangchuck will turn two in March.