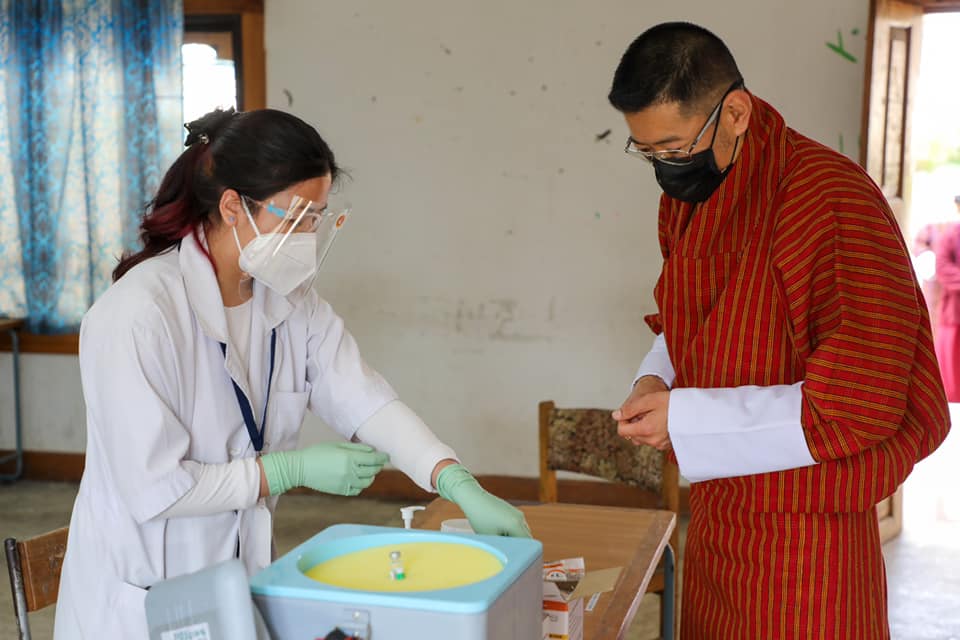 King Jigme Khesar Namgyel Wangchuck of Bhutan visited a vaccination clinic in Mongar on Friday, 26 March. He is currently on a tour of Bhutan’s eastern section alongside Queen Jetsun Pema, Crown Prince Jigme Namgyel and Prince Ugyen Wangchuck. This marks the first visit to the east for Prince Ugyen Wangchuck, who just turned one this month.

The King was present for the first vaccination in Mongar Dzongkhag at Mongar Dzong. It was given to a 30-year-old woman, Karma Pema Wangmo, who became the first person to receive the vaccine jab in Mongar. She was selected based on the astrological recommendations as she was born in the monkey year. Wangmo is a Desuup and a teacher at Mongar MSS.

His Majesty also visited Mongar High School, where there is another vaccination clinic. He met with those receiving the jab, as well as the nurses and doctors administering the shot. The King was said to stress the importance of the vaccine and how it will protect the Bhutanese people from the virus. He told the people they must continue to observe safety and health regulations as the pandemic continues and the vaccine continues to be rolled out.