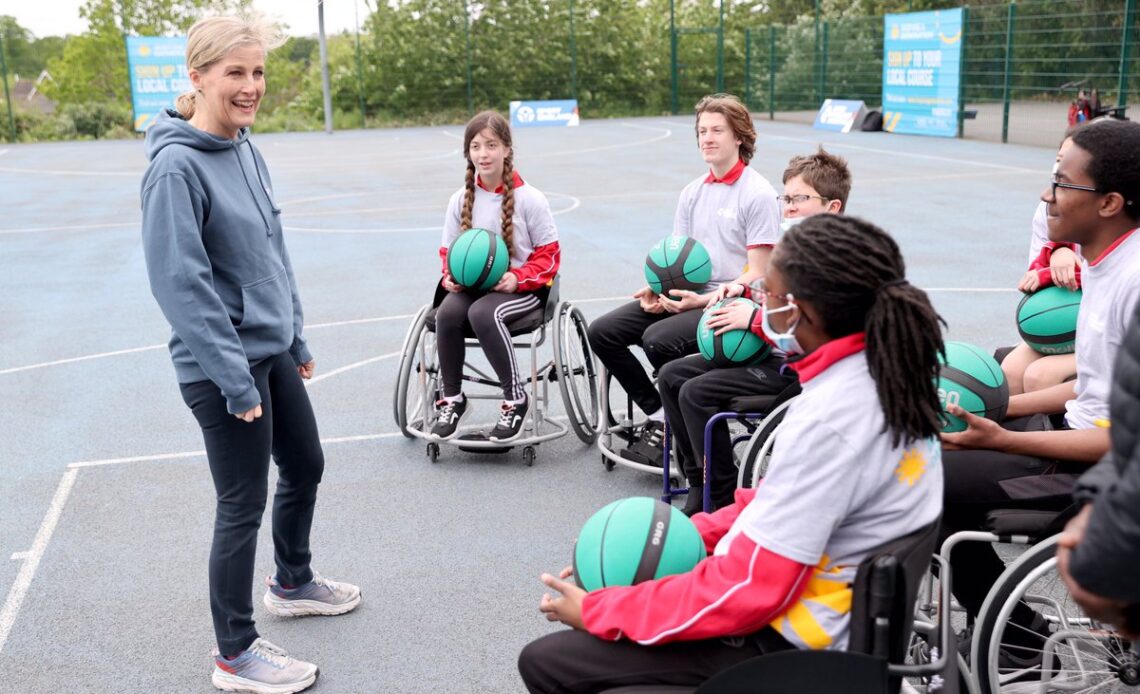 On Thursday morning, the Countess of Wessex took to the basketball court in Finsbury Park in North London for a game of wheelchair basketball. She was there to launch the new community-led six-week basketball courses the Inspire A Generation initiative now offers. The programme seeks to help local communities have more opportunities for people to access and play wheelchair basketball. Announced in January, the project is funded by the National Lottery and Sport England.

The charity represents the sport and its players across Britain. According to their statistics, 17,000 people play the sport throughout the United Kingdom, but that number could grow to be up to 70,000 participants. On the professional level, the Great Britain men’s senior team has won eight Paralympic medals and has been the European Champion three times in a row. The team also secured the World Championship title in 2018.

As for the female team, they are considered the most successful in the sport’s history. The team holds the 2018 World Championship silver medal, and they have won the European bronze medal six times in a row. Great Britain Women’s Wheelchair Basketball player Joy Haizelden said of the launch of the new initiative:

“Today is a hugely exciting moment for wheelchair basketball and a really positive move to get more people playing the game we all love.

“I don’t know where I’d be without wheelchair basketball and I hope that through the Inspire a Generation sessions, more people can try the sport and experience the happiness it has brought me.”

The Countess was announced as Royal Patron for British Wheelchair Basketball in 2013.