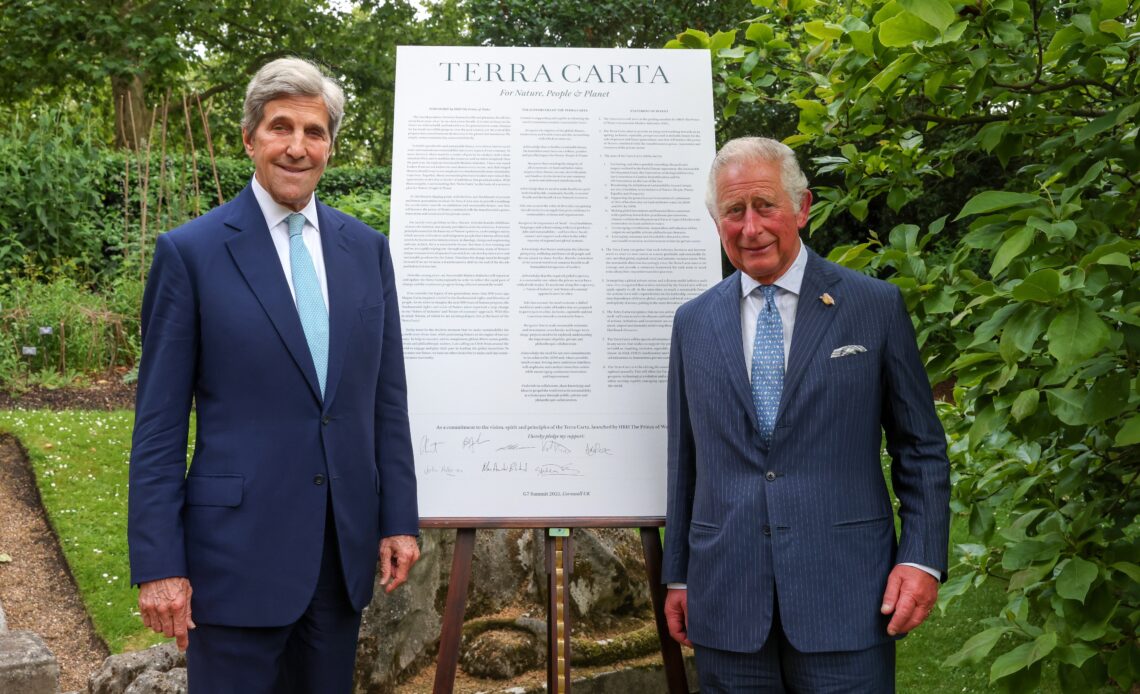 The Prince of Wales has hosted leading political and business figures just hours before the G7 summit gets under way in Cornwall.

Prince Charles welcomed leading politicians, including US Special Presidential Envoy for Climate, John Kerry, and CEOs from the Sustainable Markets Initiative to St. James’ Palace on June 10th 2021 where they discussed the support they can offer governments in work on climate change and making the global economy more sustainable.

The Sustainable Markets Initiative, or SMI, was launched by the Prince of Wales at the World Economic Forum at Davos in 2020, just weeks before the global pandemic took hold. Its focus is on putting the environment and people at the heart of major projects as it works to increase a move to a more sustainable future.

The latest meeting, which came on June 10th 2021, saw the Prince and his guests discuss conservation as well as initiatives incorporated into the Terra Carta which was announced by Charles earlier this year. The Terra Carta Transition Forums were also announced at the meeting with a focus on cutting carbon emissions.

Their talks took place hours before the CEOs were due in Cornwall for the G7 summit and meetings with world leaders.

The Prince of Wales will be in Cornwall on June 11th as he joins The Queen for a series of events linked to the summit. The Duchess of Cornwall and the Duke and Duchess of Cambridge will also attend the G7 with Kate set to meet First Lady, Jill Biden, for a special engagement as the event gets under way.

Royal Central will bring you all the details from the summit over the coming days.