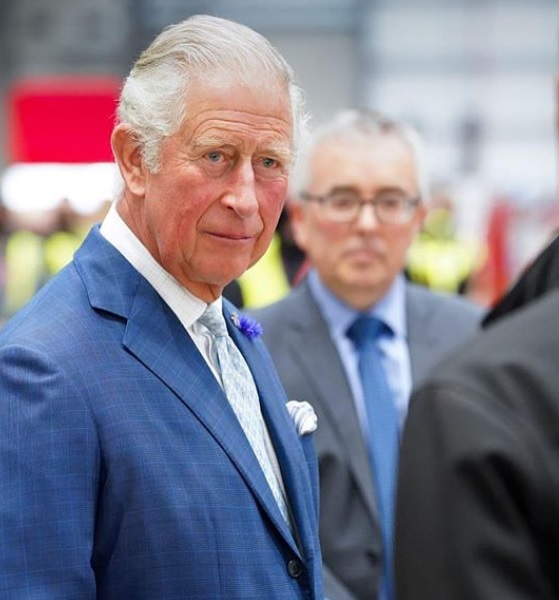 On Wednesday, the Prince of Wales visited Goldman Sachs at Plumtree Court, the company’s European headquarters, to recognise the firm’s commitment to the United Kingdom. The engagement focused on sustainable finance, financial market trends, and flagship philanthropic programmes.

Upon arrival, the Prince was greeted by Richard Gnodde, the CEO of Goldman Sachs International. He then met with a small group of summer interns and analysts before being shown a number of historical artefacts from Goldman Sachs’ 152-year history.

After being shown a number of artefacts, the Prince met with two groups of senior management. Hearing how the company is working to increase its footprint in the English capital while also investing in a broad spectrum of UK businesses, and working on advising finances.

Later on, the Prince made a visit to the Trading Floor, the largest in London to hear from management on how they look at inflation and interest rates, as well as equity market activity and volumes. The group also discussed client coverage and how it responded to the global health crisis.

To conclude the visit, the Prince visited the Plumtree Court’s Roof Garden for panoramic views of the city. Then, as many royals do on engagements, he unveiled a plaque and signed a document to commemorate the visit.

The Goldman Sachs’ Group, Inc. is a leading global financial institution. Founded in 1869, the firm headquartered in New York has major financial centres around the world. In late 2019, the company completed the migration of its European headquarters to Plumtree Court. The £1.1bn investment would bring 6,500 colleagues under one roof.