The Royal Family attends Service of Thanksgiving for Platinum Jubilee 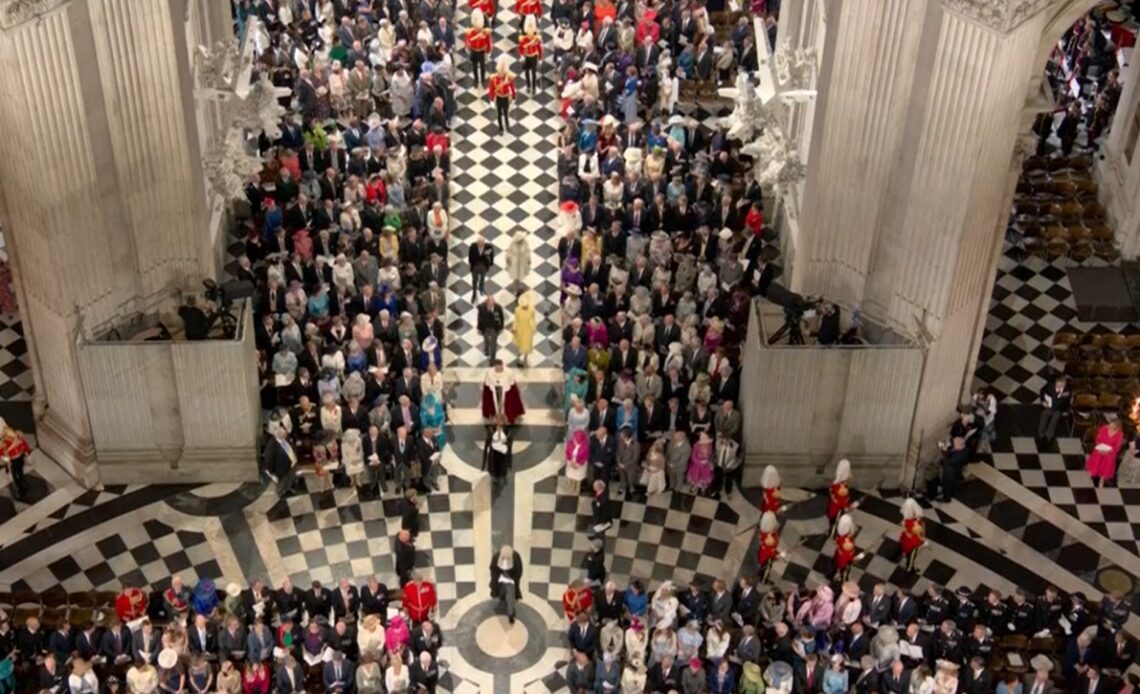 The Royal Family has arrived at St. Paul’s Cathedral for the Service of Thanksgiving for the Platinum Jubilee.

The Prince of Wales led the family after The Queen decided ”with reluctance” not to attend having experienced what was described as ”some discomfort” during Trooping the Colour on the first day of celebrations for the 70th anniversary of her reign.

There was a large royal turnout for the ceremony at St. Paul’s Cathedral on June 3 2022.

The Prince of Wales and the Duchess of Cornwall with the Duke and Duchess of Cambridge formed the royal procession, walking through the congregation as Parry’s ‘I Was Glad’ was sung.

The Princess Royal and Vice Admiral Sir Timothy Laurence and the Earl and Countess of Wessex were also present. The Duke of York was unable to attend after testing positive for Covid.

Peter Phillips and Zara and Mike Tindall were there as were the Duke and Duchess of Gloucester and the Duke of Kent.

The Service of Thanksgiving was followed by a reception at the Guildhall hosted by the Lord Mayor of London.