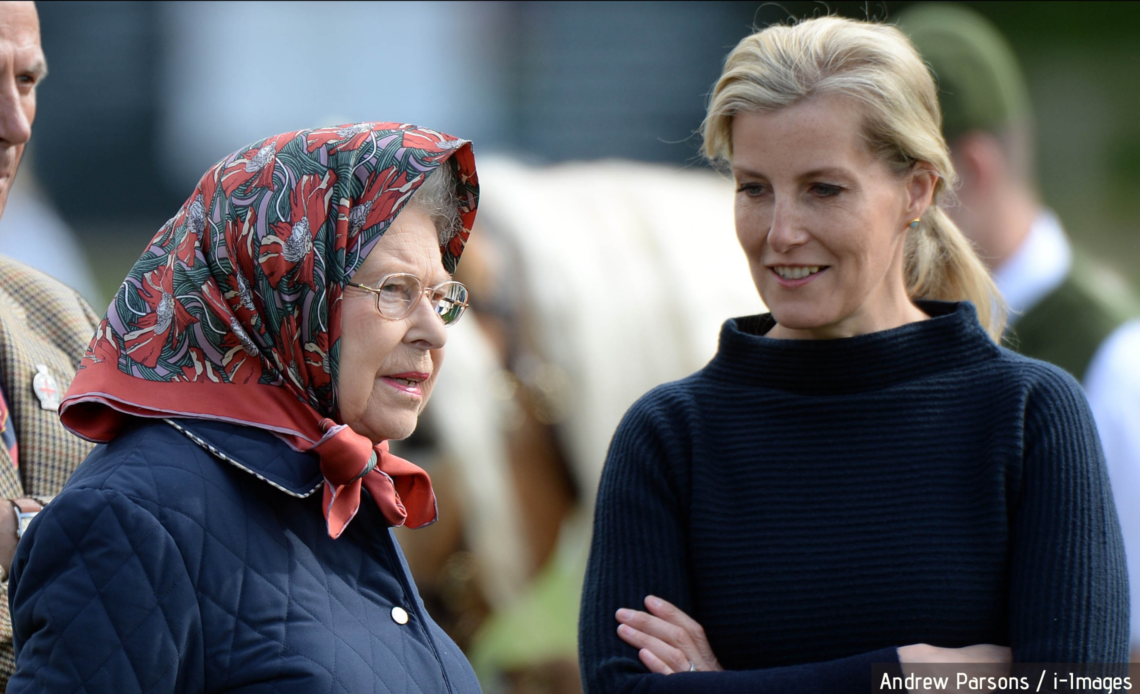 Sophie Rhys Jones joined The Royal Family back in 1999 when she married The Queen’s youngest son, Prince Edward. Now styled as the Countess of Wessex, Sophie has come particularly close to The Queen, and has even been described as becoming “another daughter” to the monarch.

Over the years, the former PR executive has taken on more responsibility for the family. Following the death of the Duke of Edinburgh on 9 April 2021, Sophie has become a “tremendous source of comfort” to Her Majesty according to those close to the monarch.

On Sunday 11 April, two days after Prince Philip’s death, the Countess spoke to parishioners after attending a private church service with her family. The Countess remarked how The Queen was “has been amazing… and thinking of others before herself”.

She was also the first family member to speak publicly about her father-in-law’s death, “It was right for him. It was so gentle,” she said. “It was just like somebody took him by the hand and off he went. Very, very peaceful, and that’s all you want for somebody, isn’t it?”

A royal source said of The Countess and The Queen’s relationship: “The Countess has been a tremendous source of comfort to the Queen.

“The Queen is very practical in making sure everyone is okay and despite her tremendous grief at the passing she is no different.

“Sophie cherishes her relationship with the Queen and not only appreciates her guidance and wisdom throughout her own life, she is very protective of her.

“Their bond is very like a mother and daughter and the feeling of love and respect is quite mutual. It is very special.”

During the pandemic, The Queen has been largely isolated at Windsor Castle. Living at Bagshot Park, Surrey, Edward, Sophie, and their children, Lady Louise and James, Viscount Severn have been regular visitors.

The Countess will also now be a part of the group of senior royals ensuring Her Majesty is accompanied by a member of the family on future public engagements. It was also the Countess who joined The Queen when she carried out her first engagement after returning to Windsor in October after a summer and autumn break to Balmoral and Sandringham.

The video call to mark World Sight Day was arranged after the Countess and The Queen held private discussions on how The Queen Elizabeth Diamond Jubilee Trust can be updated to help millions of people save their sight.

Prince Philip cannot and will not be replaced. But through the kindness and support of family members like the Countess of Wessex, the public can be reassured that The Queen will never be alone.