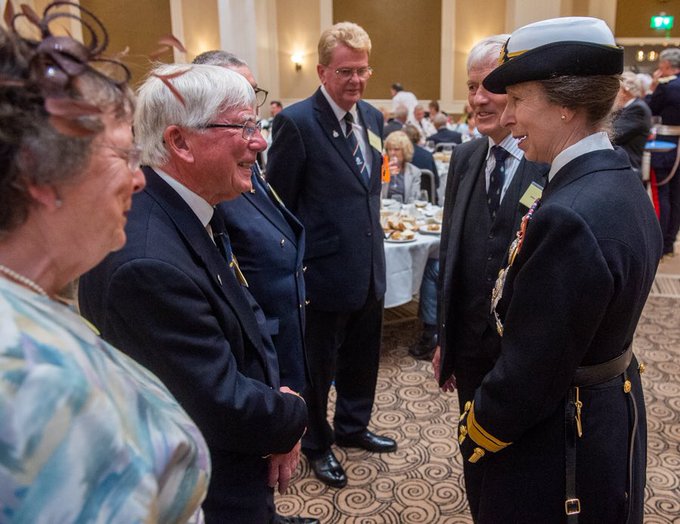 Princess Anne paid tribute to those lost in the Longhope Lifeboat Disaster on Friday afternoon.

The Princess Royal made a flying visit to the Hoy after she was unable to attend the 50th-anniversary commemorations of the disaster back in March.

On a day with heavy showers, school children were there to greet the royal as she arrived at the Longhope Lifeboat Museum.

Anne had spent time speaking with widows of some of the men who were lost in the disaster.

Eight men were lost after attempting a rescue of people on board the Liberian cargo ship SS Irene. A combination of heavy rain, snow and tides which had been blowing for several days made The TGB capsize. It’s believed the crew was facing 60-foot waves and near-zero visibility.

The royal also launched the Thomas McCunn which now rests in the museum.

Members of the local choir were there to perform as well as Hoy Sound. Anne spent time speaking with members of the current Longhope lifeboat crew.

The two hours on Hoy ended with a wreath ceremony at the Longhope Lifeboat Memorial at Osmondwall Cemetery.

Today, the museum tells the story of the 1932 Watson Lifeboat “Thomas McCunn” along with the Longhope Lifeboat Disaster that happened 17 March 1969. McCunn is the only slipway lifeboat in the UK and served Longhope from 1933 to 1962.

Since it’s opening, the project has been completely funded by public donations. All restoration, collections and displays have been carried out voluntarily. The museum hopes to illustrate the history of the Longhope Lifeboat since it began in 1874.