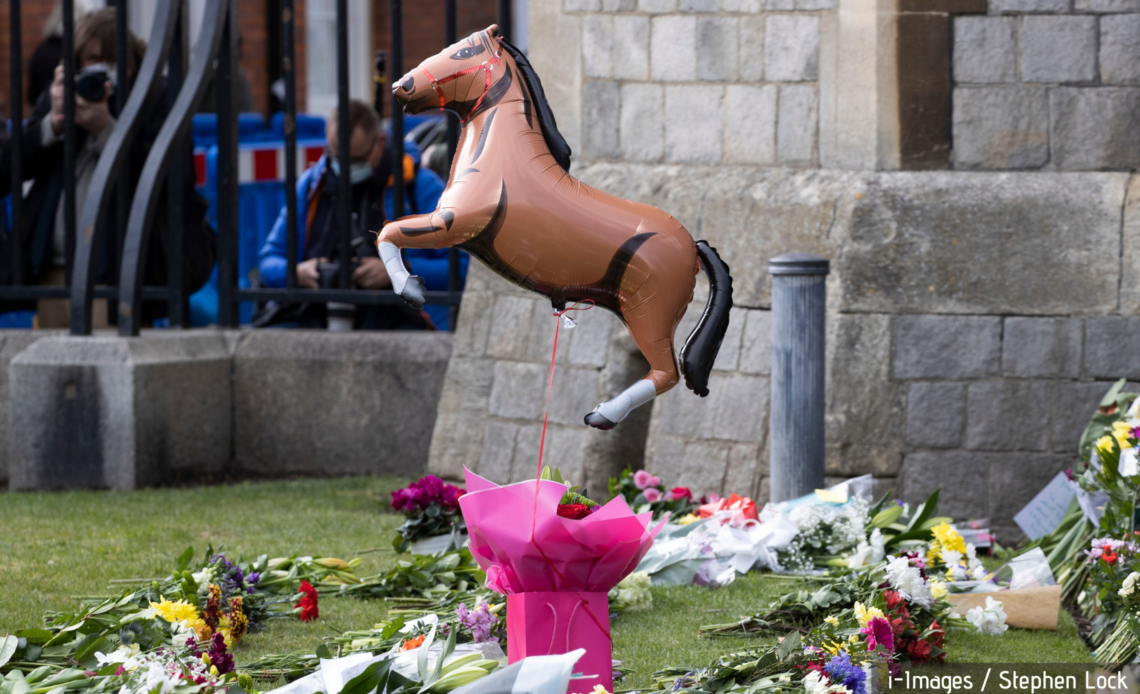 The world’s biggest horse race, The Grand National, will go ahead on Saturday despite the UK entering a period of mourning.

Downing Street, in consultation with Buckingham Palace, have decided that the annual steeplechase should carry on at Aintree Racecourse in Liverpool.

On Friday, Aintree observed two minutes of silence in memory of Prince Philip who died earlier that morning at the age of 99.

Jockeys also wore black armbands, and images of the Duke were displayed across the racecourse.

Two Minutes Silence have been observed at the Grand National Festival in Aintree in memory of Prince Philip.

The Duke of Edinburgh, alongside The Queen, was a huge supporter of horse racing and the sport feels his loss.pic.twitter.com/tfiCPzUUH4

The Duke of Edinburgh was a dedicated and knowledgable horseman, having played polo for many years. He was also well known for his love of carriage riding – a hobby he continued to commit to, even in his final years.

Philip was also a regular at the racecourse, accompanying his wife The Queen to some of the most prestigious meetings.

In reality, the Duke was not the world’s biggest horse racing fan. When he attended Royal Ascot with The Queen, he was often caught sneaking away to listen to the cricket on the radio.

His longstanding commitment and dedication to one of the sport’s most successful owners was unwavering.

ITV Racing analyst Brough Scott said: “Prince Philip was more than a national treasure. He was a huge adornment to our national life, and indeed into the world of the horse.

“Philip was President of the International Federation for Equestrian Sports and he was a major figure in the horse world, as well as in the real world.

“He was every inch his daughter’s father, and like the Princess Royal, he didn’t waste time with frivolities if they are not needed.

“With horses you don’t want to mess around and be silly with them – you want to get on with it, and Philip was very good with getting on with things.”

40 runners will take part in the Grand National at 5:15pm on Saturday. The horses have to jump 30 fences over four and a quarter miles in front of a global audience of nearly half a billion people.