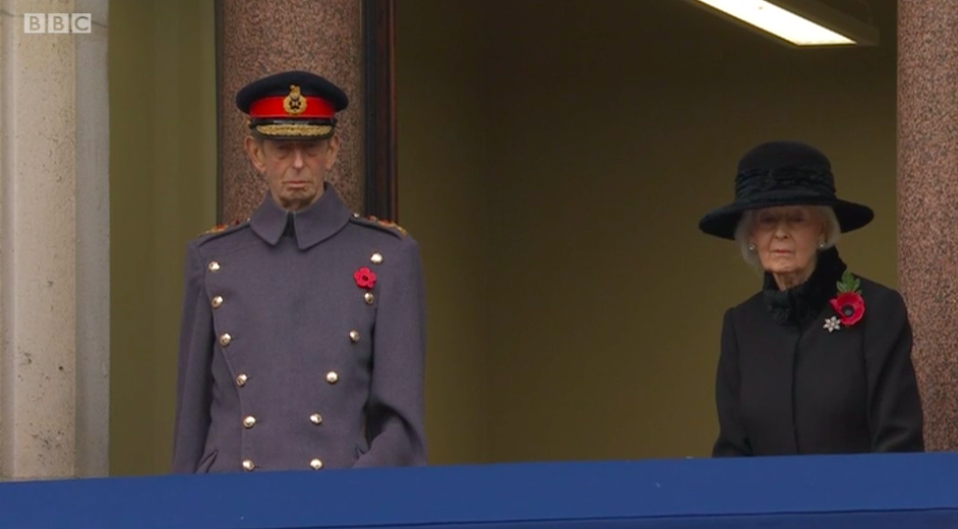 The Duke of Kent has stepped back from his Remembrance Sunday duties, instead opting to watch the service from the Foreign Office balcony.

The 86-year-old Duke, who is known to be unsteady on his feet, made the decision to watch the parade this year rather than directly taking part.

An Equerry laid a wreath at the base of the Cenotaph on his behalf.

The Duke watched on from the balcony of the Foreign, Commonwealth and Development Office alongside his sister, Princess Alexandra.

Occupying the neighbouring balcony was the Duchess of Cornwall, Duchess of Cambridge and Countess of Wessex.

In the third balcony in the building overlooking Whitehall was the Duke and Duchess of Gloucester.

The Duke of Kent has been part of the Remembrance Day parade for many decades.

Following in the footsteps of the late Duke of Edinburgh, the Queen’s cousin has decided to allow an Equerry to lay a wreath at the memorial on his behalf.

His Royal Highness has been gradually stepping back from some of his major roles over the past twelve months.

Most notably, he retired from his position as President of Wimbledon earlier this year after 50 years of service.