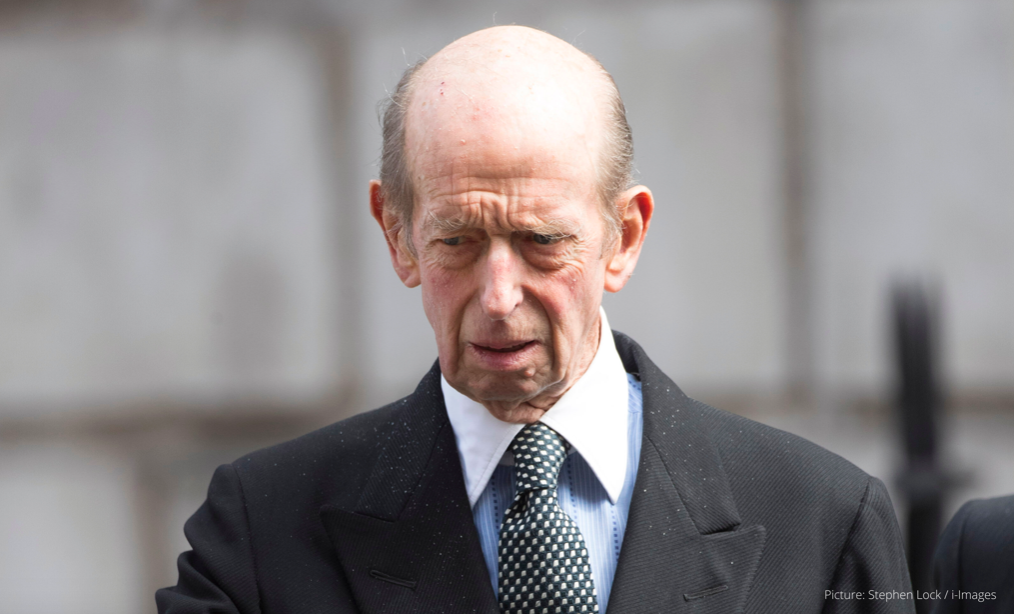 The Duke of Kent has sent his best wishes to England’s football team ahead of their European Championships final match against Italy on Sunday evening.

Writing in the Sunday Telegraph, the 85-year-old Duke said his thoughts are “with the England squad at Wembley and hoping against hope that it is indeed ‘coming home.’”

The Duke of Kent was previously president of the Football Association – a role now held by the Duke of Cambridge.

After he stepped down from the presidency, the Duke of York assumed the job.

The role switched again in 2006 when Prince William became president, a role he still holds to this day.

England will play Italy at Wembley Stadium on Sunday evening with both teams hoping for an historic win.

Prince William will be in attendance at the stadium cheering on the England team.

The Duke of Kent was writing in the Sunday Telegraph on the occasion he steps down as president of the All English Lawn Tennis Club after 52 years.

Reflecting on Wimbledon, The Queen’s cousin wrote that he was “was struck by the electricity in the air, as if it were my very first visit” and that it immediately became clear to him “is how much we have all missed shared experiences such as these.

The suspension of last year’s tournament was the first of its kind since the Second World War, and so I must applaud all those at the AELTC who have worked so hard to ensure Wimbledon can be enjoyed safely this summer.”

The Kents have long been associated with Wimbledon—the presidency is a role he inherited from his mother, Princess Marina, Duchess of Kent, who, in turn, inherited it from her husband. The Duchess of Kent was a regular attendee and trophy presenter while she still carried out royal engagements.