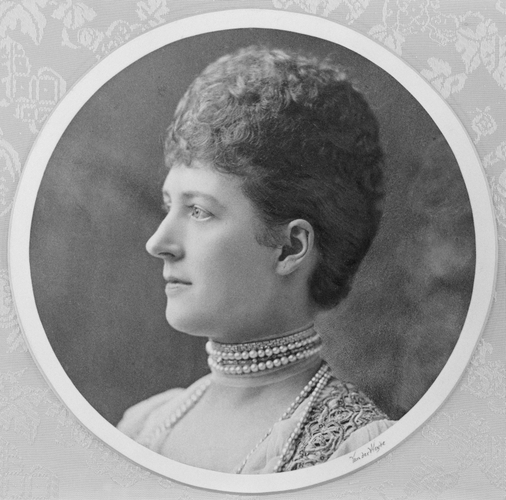 The Alexandra Palace is one of the most popular venues in London. It will play host to the Duke of Cambridge’s inaugural Earthshot Prize ceremony in October 2021. Despite its name, it is not and was never a palace. However, it is intimately connected with one of the most beloved members of the royal family – Queen Alexandra.

The Alexandra Palace was started in 1865 and completed in 1875. Owen Jones, a Welsh architect, envisioned a North London counterpart to the South London Crystal Palace. It was originally to be named “The People’s Palace” or “The Palace of the People”. However, a young royal changed that. In 1863, Princess Alexandra of Denmark married the Prince of Wales, and she was immensely popular right from their engagement. To mark their wedding and the Princess, the land that the building would sit on was named Alexandra Park.

Originally, the Alexandra Palace contained several different amenities. It included a museum, an art gallery, a theatre, a library, and a concert hall. The grounds included a horse racing course with a grandstand, which was London’s sole racecourse from its opening in 1868 to its closure in 1970.

The Palace slowly fell into disrepair in the twentieth century. The building and grounds were used as a refugee camp for displaced Belgians during the First World War, and in 1935, the BBC began using it as a television production and transmission centre.

Although it has had many uses over the years, the name has stayed constant. Princess (and later Queen) Alexandra was incredibly popular with the British people throughout her entire lifetime. Women everywhere strove to emulate her fashion – as soon as her engagement was announced, the British press began reporting on her wardrobe. Famed couturier Charles Frederick Worth named the Princess Line silhouette after Alexandra, which only further increased its popularity. And when she walked with a limp due to illness, women imitated it in their own gait.

While Alexandra was fashionable, she was also dedicated to philanthropy, which further endeared her to the public. While her husband carried on with several notorious affairs, Alexandra focused on her causes. She frequently raised funds for different projects. During the Boer War, she raised money to refit a hospital ship for wounded soldiers and to buy a river launch to ferry them to the ship.

In 1912, she founded the Alexandra Rose Charity. After hearing about a Danish priest selling silk roses to raise money for various causes, she decided to sell real roses to raise money to pay for healthcare for those in need. The charity still operates today and currently provides help to families in Southwark, Hackney, Hammersmith & Fulham, and Lambeth by providing Rose Vouchers that can be exchanged at local grocers for produce. Princess Alexandra of Kent is currently the Royal President.

While the Duchess of Cambridge is a popular royal photographer now, Queen Alexandra was also popular. In 1908, she sold Pleasant Recollections as a Christmas fundraiser. It was priced at 2s 6d per book, and it had 136 of her favourite photographs. These photographs included many of her royal relatives from across Europe and were from several different trips. The books were very popular, and she was able to donate to over thirty different charitable organisations.

Queen Alexandra’s mark can be seen all over London, with numerous streets and gardens named after her. The endearing “Ally Pally” is one of London’s favourite venues, and it is the perfect venue for her great-great-great-grandson to present the already famous global environmental prize he helped to create.