The Duke and Duchess of Cambridge: Their 10 most memorable moments 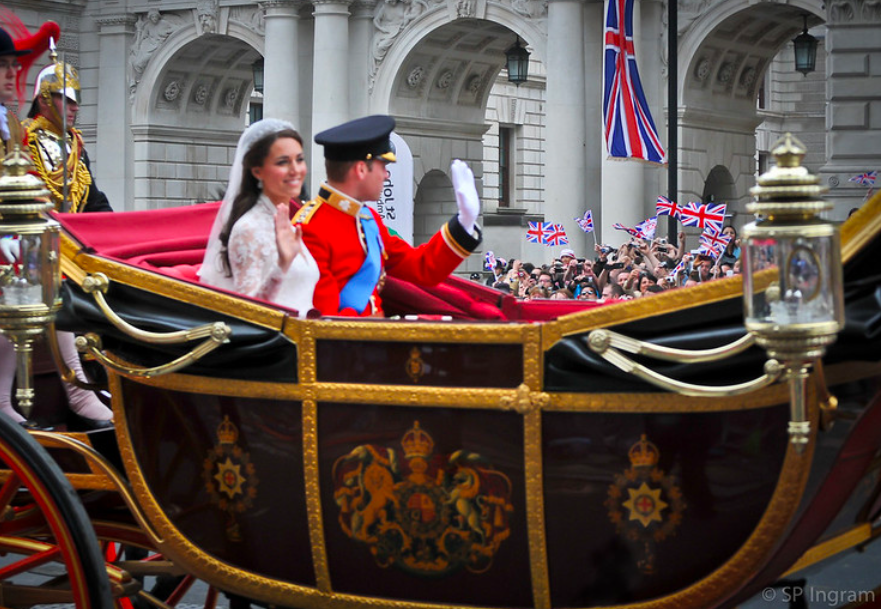 It’s been ten years since Prince William and Catherine Middleton tied the knot. The last decade has been filled with royal births, royal tours, and everything in-between. In honour of their milestone anniversary, Royal Central is looking at the couple’s ten most memorable moments since the day they officially became husband and wife.

Nearly three billion people across the world tuned in to see Prince William and Catherine Middleton tie the knot on 29 April 2011. The couple kept with the tradition of the post-wedding kiss on the balcony of Buckingham Palace. Kissing not only once but twice after the crowd chanted, “Kiss her again!” Bridesmaid Grace Van Cutsem famously scowled in reaction to the kiss and the noise from the crowds.

2. The birth of Prince George

On 23 July 2013, the Duke and Duchess emerged from St Mary’s Hospital with the newest member of the Royal Family and the future heir to the throne, Prince George. The Prince was born at 16:24 BST on 22 July and weighed in at 8 lbs and 6 ounces.

3. The birth of Princess Charlotte

On 2 May 2015, Princess Charlotte of Cambridge was born at the Lindo Wing at St Mary’s Hospital – the very place her brother and her father were born. The Princess, who is fourth in the line of succession to the British throne, was born at 08:34 BST and weighed in at 8 lbs and 3 ounces.

4. The birth of Prince Louis

On 23 April 2018, just two days after Queen Elizabeth II’s birthday, the Duke and Duchess welcome their third child, Prince Louis of Cambridge. The youngest child of the couple, he is fifth in the line of succession to the British throne. Louis was born at 11:01 BST and weighed 8 lbs and 7 ounces.

On 8 July 2011, the Duke and Duchess touched down in Los Angeles following their eight-day tour of Canada. During their visit, the couple attended The Foundation Polo Challenge at the Santa Barbara Polo and Racquet Club for a charity polo match that the Prince participated in. They would then head to downtown L.A. for the BAFTA Brits to Watch event, where the Duke gave a speech as president. The Duchess wore a gown by Alexander McQueen, the same designer who designed her wedding dress earlier in the year.

For their 2016 tour of Canada, the Duke and Duchess were joined by their children, Prince George and Princess Charlotte, on their official tour. The family met with the Prime Minister of Canada, Justin Trudeau and witnessed a First Nations traditional greeting. Among their royal engagements, the couple and their children also attended a play-day alongside Canadian military families.

7. Their embrace at the London Olympics

Summer 2012 was a big summer for the UK. London hosted the 2012 Summer Olympics, and The Queen celebrated her Diamond Jubilee. The Duke and Duchess were seen at a number of Olympic events, but the world couldn’t help but notice their biggest PDA moment. The couple wrapped their arms around each other and cheered when cyclist Chris Joy won the gold medal in keirin.

8. Visit to the Harry Potter Exhibition

In April 2013, the Duke and Duchess, along with Prince Harry, tried their hand at magic when they visited the official opening of the new Warner Bros. Studio in London. The royals got a behind-the-scenes tour which included a visit to the Harry Potter Exhibition. Harry Potter author J.K. Rowling was on hand to greet the royals. The Duchess, who was six months pregnant with Prince George, shared with Rowling she had read all the books and seen all the films; the Duke admitted to only seeing the films.

The couple took their first official overseas tour to Canada on the 225th anniversary of the first royal visit by William IV. The couple laid a wreath at the Canadian Tomb of the Unknown Soldier. Other engagements on the itinerary included a visit to Sainte-Justine University Hospital Centre and meeting with emergency workers and families affected by fires in Alberta. Perhaps one of the most memorable moments was when the Duke and Duchess donned Western wear at the Calgary Stampede.

10. Holiday to the French Alps

In March 2016, the Cambridge’s took a trip to the French Alps on their first holiday as a family of four. The adventure marked the first time Prince George and Princess Charlotte played in the snow. Mum and dad even got into a snowball fight!