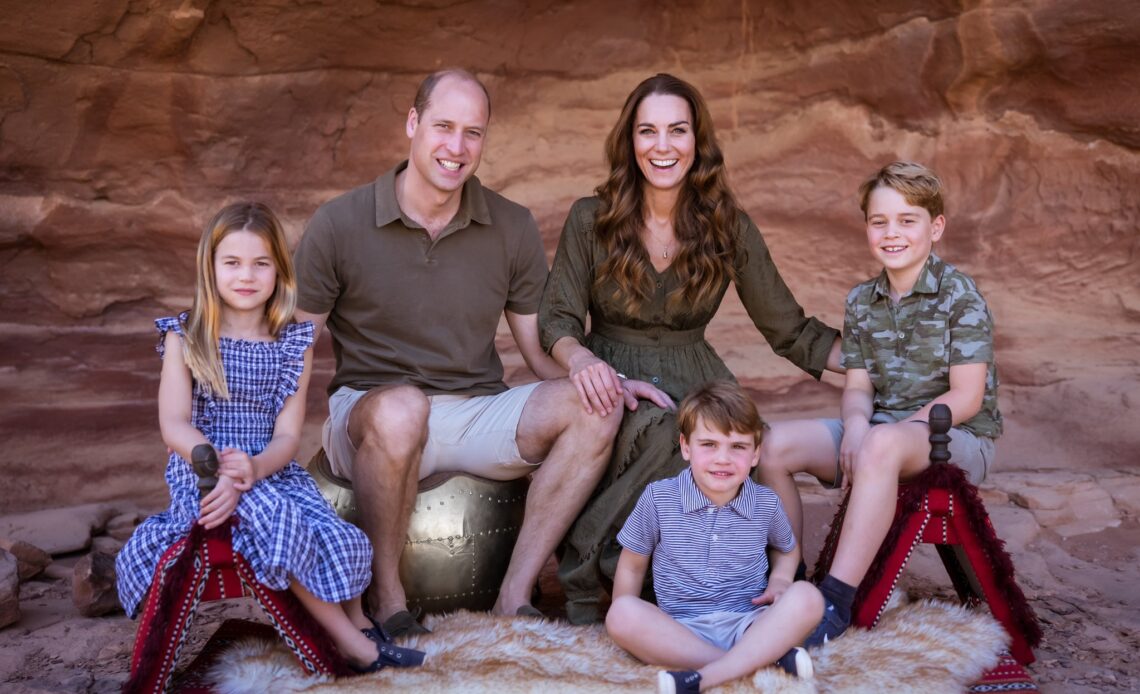 The Duke and Duchess of Cambridge have released a new family photo ahead of Christmas.

The image was taken earlier this year while the family was in Jordan and features on their 2021 Christmas card.

The Duke and Duchess of Cambridge are shown surrounded by their three children, Prince George, 8, Princess Charlotte, 6, and Prince Louis, 3, in the outdoors.

On social media, the Duke and Duchess said: “Delighted to share a new image of the family, which features on this year’s Christmas card.”

Jordan is a special place for the Duchess of Cambridge as she spent a portion of her childhood in the country while her father was working for British Airlines. She spent two years in the Middle Eastern country and attended pre-school there.

The release of the photo comes just a couple of days after the Duchess of Cambridge hosted the Together at Christmas Carol Service at Westminster Abbey. Several members of the Royal Family and Middleton family came out to support her, and it was filmed by ITV.

The carol service will air on Christmas Eve.