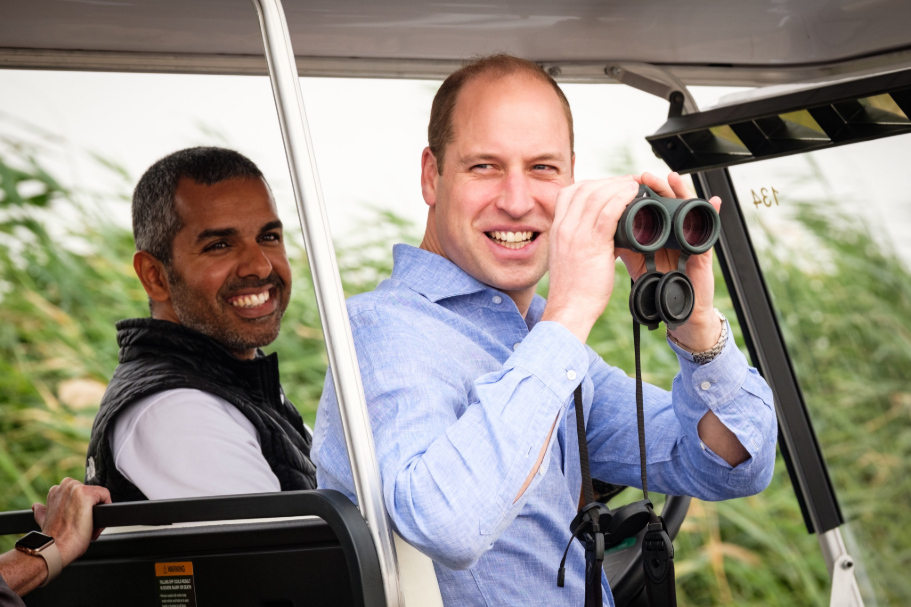 The Duke of Cambridge will appear in an upcoming nature documentary on ITV, taking viewers on a behind the scenes look as he works on nature conservation projects to ensure the natural world’s survival.

‘Prince William: A Planet For Us All’ will premiere next month, and the teaser trailer was released on Monday evening.

In the minute-long clip, William can be heard saying, “I’ve always loved nature. But fatherhood has given me a new sense of purpose.”

“So two years ago, a film crew joined me on my search for ways to protect the natural world.”

In an on-screen interview, William says, “Now I’ve got George, Charlotte, and now Louis in my life…your outlook does change. You want to hand over to the next generation the wildlife in a much better condition.”

William said, about his aim in making the documentary that, “I’ve always believed it’s possible to give the young people hope and belief that things can get fixed. I have belief that if we all work together; we can make a difference.”

The trailer includes footage of William on many of his conservation engagements over the past two years, including the naming ceremony for the RRS Sir David Attenborough last September. William and Kate can be seeing talking to the conservation giant.

“The children were very upset that we were coming to see you and they weren’t coming. They’re massive fans of yours,” Kate says.

Sir David Attenborough then says, “Kids know an awful lot about what’s happening in the world.”

News of William’s documentary was first announced earlier this summer. At the time, ITV said, “The Duke of Cambridge reveals that young people hold the key to a more positive future relationship with the environment, and that their determined drive to tackle climate change has made him an optimist.

“He explains how his mission to give nature a voice has felt even more personal since he became a father and that he wants to leave behind a better world for future generations.

“Working together to protect the planet, he believes that local communities have the power to protect and repair the natural world on which we all depend.”

Prince William: A Planet For Us All premieres in October on ITV.