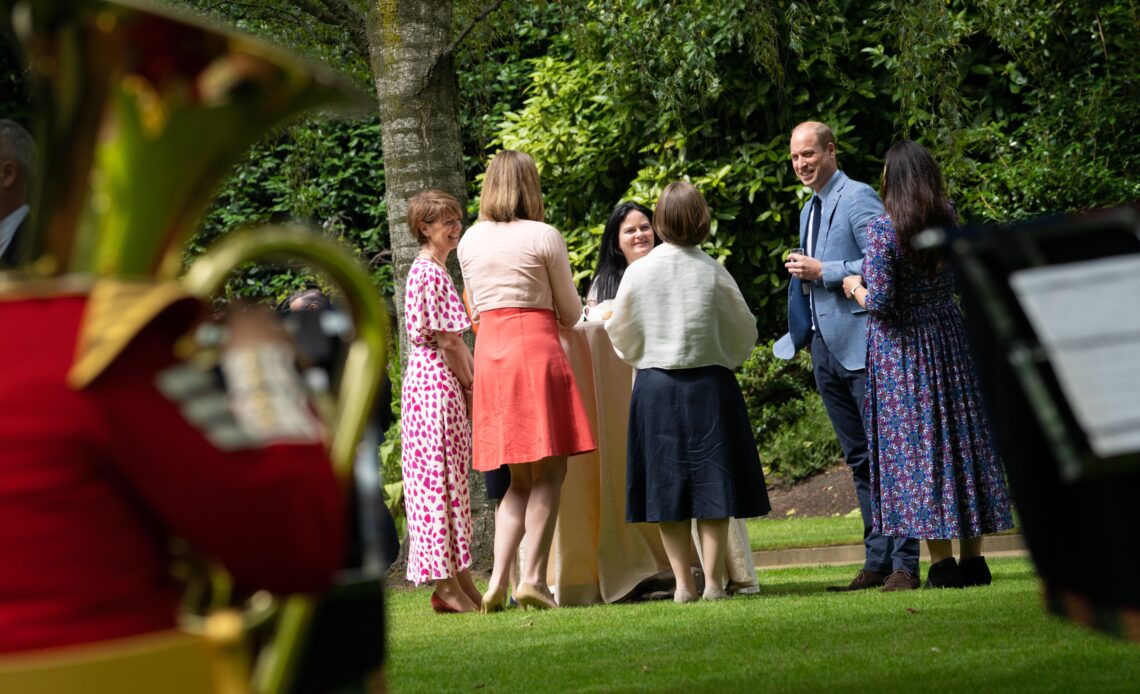 The Duke of Cambridge thanked National Health Service staff for their “extraordinary” work this year at a tea party at Buckingham Palace on Monday afternoon.

In honour of the NHS’s 73rd anniversary, the tea was hosted by William amidst a day of celebrations for the NHS and its workers after the past year-and-a-half battling the coronavirus pandemic.

It was the first garden party held at Buckingham Palace since the pandemic began, and Prince William met with 28 NHS workers across a variety of disciplines and trades, from frontline workers to those managing the housekeeping and catering departments, to thank them.

The party, planned with the NHS Charities Together organisation, of which William is joint patron alongside Kate, gave the Duke the opportunity to personally thank the NHS. He said, “I am delighted you could all come here and thank you. What you guys are doing on a daily basis is just extraordinary, I don’t know how you all keep it up; it’s been truly relentless.”

The Duke of Cambridge took time to chat with each attendee, including Tony Larks, who works on a voluntary basis with the South Central Ambulance Service NHS Trust and joined up in response to the global health crisis.

Larks spoke with reporters after the Big Tea and said of William: “The Duke was really interested in the role, having been in the emergency services himself, I could tell he had a real passion for it. He asked what it was like on a day-to-day basis, juggling two roles, but I joked it was just an excuse to get out of the house.

“It has given me a different perspective on life, and being able to help people in my local community is such a rewarding role. It’s something I won’t look back on and will keep doing it as long as I am needed.”

The Duchess of Cambridge had been due to join her husband for today’s engagements; however, after coming into close contact with someone who later tested positive for the coronavirus, she has been directed to self-isolate.

Kensington Palace announced the news early on Monday morning but stressed that Kate is not currently experiencing symptoms herself.