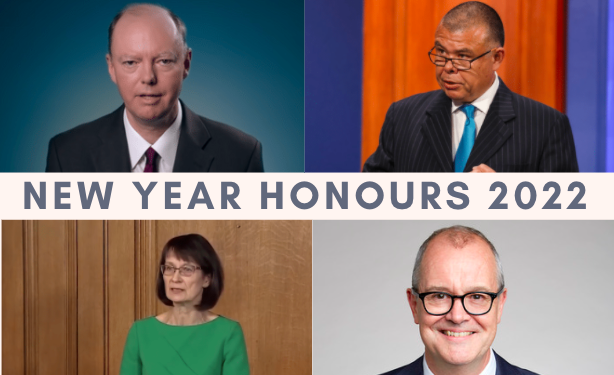 Scientists who have been leading the UK’s response to the coronavirus pandemic have been recognised by The Queen in the 2022 New Year Honours List.

One of the most recognisable faces in the land, Professor Chris Whitty, the Chief Medical Officer for England, has been knighted for his leadership during the Covid-19 pandemic.

Sir Chris, who was appointed to his CMO role only months before the pandemic began in March 2020, has been the UK government’s chief adviser.

Sir Jonathan, known affectionately as JVT, has been a popular figure during the pandemic, and has been widely praised for his ability to explain complex medical and scientific trends.

Dr Jenny Harries, the head of NHS Test And Trace and chief executive of the UK Health Security Agency, receives a Damehood for her services during the ongoing coronavirus crisis.

Sir Patrick was previously made a Knight Bachelor in 2019. His additional honour sees him become a Knight Commander of the Order of the Bath.

For her work on the vaccine rollout, Emily Lawson receives a Damehood.

Others honoured for their response to the pandemic include Alice Jackson, Nicola Perfect and Bridget Stratford who receive BEMs for their community responses to Covid-19.