Numbering the Kings and Queens of Britain 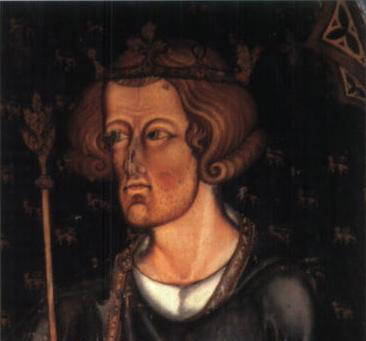 One aspect of the evolution of monarchy that I find interesting is the development of Ordinal numbers, or regnal numbers, and also called post-nominal numbers used to differentiate between monarchs of the same name within the same territory. In the British system of numbering the monarchs, a king or queen will not get a regnal number unless there is another monarch with the same name. For example, King John of England (1199-1217) (known as John Lackland) isn’t called John I because there has never been another King John. If there is another King John, he will be John II while John Lackland will become John I.

The practice of ascribing a regnal number to the sovereign was a later development with each monarchy in Europe having its own rules and practices. However, there were times this practice wasn’t always accurate. In this article, I will focus on the numbering of the Kings and Queen of Britain.

Prior to the development of regnal numbers, contemporary monarchs were known by either their territorial designations or a sobriquet, a nickname, that developed over time. An example of a territorial designation is Henry III of England (1217-1272) who was also known as Henry of Winchester during his 50-year reign. Generally, a sobriquet was given by others. For instance, William I of England (1066-1087) is more well known as William the Conqueror but prior to having that sobriquet, he was known as William the Bastard due to his illegitimacy.

The Papacy was one of the first places where the practice of subscribing a Roman numeral to popes of the same name developed. This practice spread to ruling monarchs although it was used sporadically at first and did not become the standard practice in Europe until the mid-twelfth century, and in some cases, it did not become a tradition until as late as the 18th century. When one looks at the lists of monarchs from each particular country, the usage of ordinal numbers is generally pretty consistent overall but mistakes were made.

Often when reading a trade book on British royal history the starting point is with William the Conqueror and little, if any, attention is paid to the centuries of royal history that came before the Normans. The Norman Conquest changed English culture significantly to the point that chroniclers began designating regnal numbers to the kings and queens of England, the Anglo-Saxon period was virtually ignored and the starting point for numbering the kings and queens of England (and later expansions of the nation) begins with the Norman Conquest.

After the Norman conquest, many of the old Anglo-Saxon names for the monarchs of England fell into disuse, except for one: Edward. The name was originally spelt Ædweard with the Æ, which is a Latin grapheme named æsc or ash, which represented the diphthong ae. There were three kings of England by the name of Edward in pre-Norman England: Edward the Elder (899-924), King of the Anglo-Saxons from 899 until his death, (the elder son of Alfred the Great). Edward the Martyr was King of England from 975 until his murder in 978. Edward the Confessor (1042-1066), also known as Saint Edward the Confessor, who is usually considered the last Anglo-Saxon King of England.

The next king by the name of Edward was Edward Longshanks, who ruled England from 1272 until 1307. At the time, the name of Edward was rare and not found among the aristocracy of England. The religious-minded Henry III was devoted to the memory of the saintly king and named his eldest son and heir after Edward the Confessor. Since the use of regnal numbers had not come into common usage at this juncture, during the reign of Edward Longshanks he was simply known as either King Edward or King Edward Longshanks. Longshanks was a sobriquet he earned for standing 6’ 2” which was a considerable height at the time.

It wasn’t until the successive reigns of his son and grandson, both named Edward, that Edward Longshanks became known as Edward I. Technically, this was not accurate, for as I mentioned there were three Anglo-Saxon kings named Edward prior to the Norman conquest. Therefore, Edward I was, in reality, the fourth King of England by that name and should have been called Edward IV. This means that the most recent King Edward, Edward VIII, known as the Duke of Windsor after his abdication, was, in reality, King Edward XI. However, there doesn’t seem to be any original source material where calling Edward Longshanks Edward IV was ever considered.

Even though the first Anglo-Saxon kings named Edward do not bear a regnal number, there are some Anglo-Saxon kings that have been given regnal numbers while some have not. Æthelred I (865-871) and Æthelred II (978-1016) are examples of Anglo-Saxon kings with regnal numbers. However, in some lists, Æthelred II is better known by his sobriquet “the Unready” for his ill-preparedness for the invasion from Denmark. King Edmund I (939- 946) has a plethora of sobriquets to select from, the Elder, the Deed-doer, the Just, and the Magnificent. However, he is most simply known as Edmund I. The next king Edmund is called Edmund Ironsidethe, son of King Æthelred the Unready. He was King of England from April to November 1016, and although he is better known as Edmund Ironside, sometimes he is called Edmund II.

Edgar Ætheling (c. 1051 – c. 1126) was the last scion of the Anglo-Saxon royal house of Cerdic of Wessex. In October of 1066 when William the Conqueror defeated King Harold Godwinson, sometimes called Harold II, Edgar Ætheling was legally elected King of England by the Witenagemot but never crowned. In some lists, he is called Edgar II of England.

In my next article, I will discuss the problem ordinal numbers caused by the union of England and Scotland, especially in the early parts of the reign of Queen Elizabeth II.