How Britain partied for the Royal Wedding called a “Fairytale” 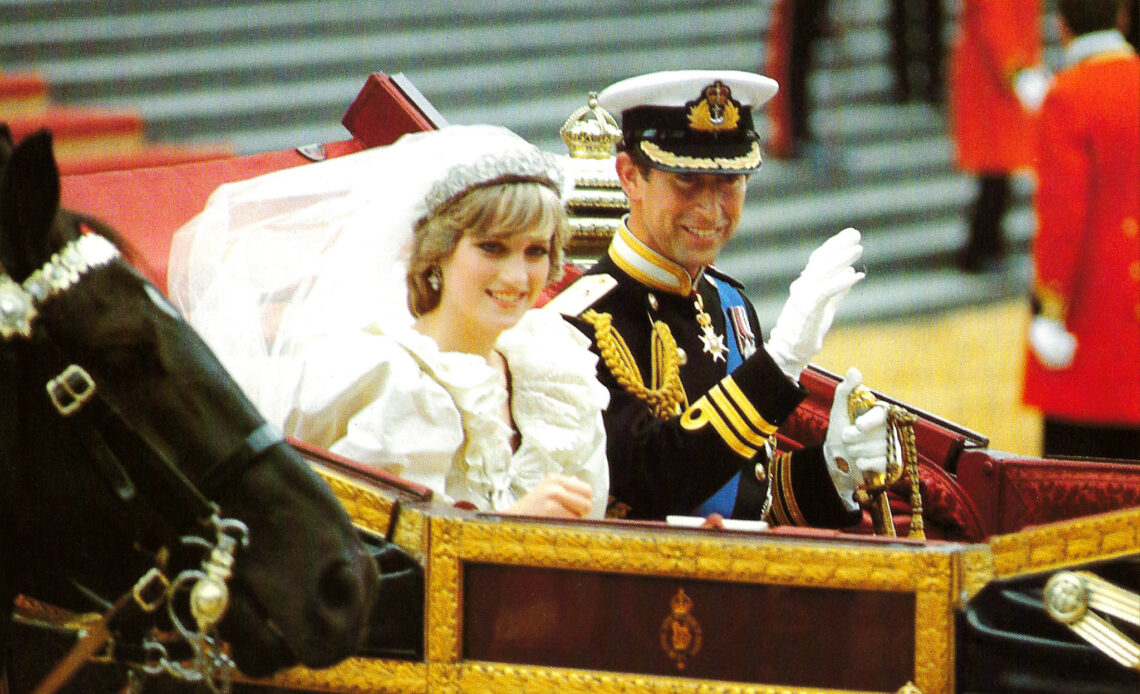 On 29 July 1981, 750 million people around the world watched as Prince Charles married Lady Diana Spencer at St Paul’s Cathedral in London. Dubbed the “wedding of the century”, the wedding broke records and set global fashion trends. Forty years on, Royal Central is looking back at how Britain celebrated the royal romance they called a fairytale.

At about 10 a.m. on the eve of the wedding, crowds began to gather in the streets and camped out along the route to St Paul’s Cathedral. While thousands lined the streets, the future prime minister David Cameron, then just fourteen, would arrive at 10 to claim a spot on The Mall. Some royalists even broke out the sleeping bags and slept on the streets to ensure they got a good view of the bride and groom.

While wellwishers camped out, behind the scenes, The Queen hosted a dinner at Buckingham Palace for 90 international dignitaries in town for the wedding. The guest list included then-US first lady Nancy Reagan (her husband, President Ronald Reagan would not be in attendance). Just before 10 p.m. Charles lit a bonfire at Hyde Park -it was the first of many that would be ignited in a chain across the country to celebrate the wedding. Diana’s younger brother, Charles Spencer lit a fire at the Spencer family seat, Althorp House. Shortly after the lighting of the fire, half a million people congregated in Hyde Park for a royal fireworks display set to Handel’s 1749 composition Music For The Royal Fireworks.

The wedding would be deemed the biggest security operation since World War II. 600,000 people alone lined the streets, waving Union Jack flags as the newlyweds made their way to Buckingham Palace. The crowds then gathered in front of the palace to see the wedding kiss. While the couple went to celebrate in private, Britain continued to party. Admirers bought commemorative merchandise ranging from tea towels to commemorative mugs, and hair salons even had fun advertising the “Diana cut”.

Up and down the country, Britons turned their streets into party zones. Everyone joined in the festivities bringing buffet food, cakes, and even some policemen joined in on the fun.

While many shared their admiration for the couple in the years following their marriage, it wasn’t meant to last. In 1996 Charles and Diana divorced. But four decades on, the memories of a celebration that took over a country remain.