Hidden secrets of a royal game of thrones come to light 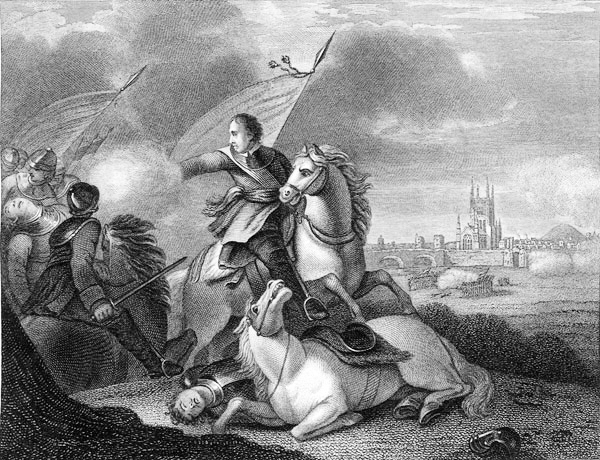 It was an epic battle for power involving parliament and it came to its conclusion on September 3rd. But this fight for the future of a country took place not at Westminster but at Worcester. Today, almost 370 years later, experts have announced they have finally found physical evidence of the battle that secured the rout of a royal dynasty and the supremacy of parliamentary power.

The scene for this game of thrones is a string of pretty fields in the heart of the English countryside. Beneath the long grasses and fragile flowers, experts have found artefacts from the Battle of Worcester which took place on September 3rd 1651. The brutal fight, which resulted in the deaths of around 3,000 soldiers, ended with victory for the parliamentary forces of Oliver Cromwell and complete defeat for the Royalists. The prince who led them, Charles II, fled, famously hiding in the branches of oak tree at Boscobel House in Shropshire as he evaded his enemies and headed for exile. The monarchy wasn’t restored until 1660.

Despite the crucial nature of the battle, no evidence for its exact location has ever been found until now. Archaeologists from Worcestershire County Council got the chance to scour an area near to Powick Church in the county as work continued on a link road. As they dug in a river valley, they found a string of artefacts including musket balls and horse fittings.

The experts had been hopeful of finding the first ever physical evidence of the battle as Powick Church still bears the scars of shot damage on its tower. In total, the team found 98 artefacts which are now being closely examined and preserved. Among the discoveries are pistol balls, the trigger guard of a musket and what archaeologists believe is the cross hilt of a sword.

The finds have been revealed on the anniversary of the battle and, co-incidentally, on the day that control of parliament and politics in Britain is once more focusing attention. Who says history repeats itself…..