Who is Princess Laetitia Maria of Belgium? 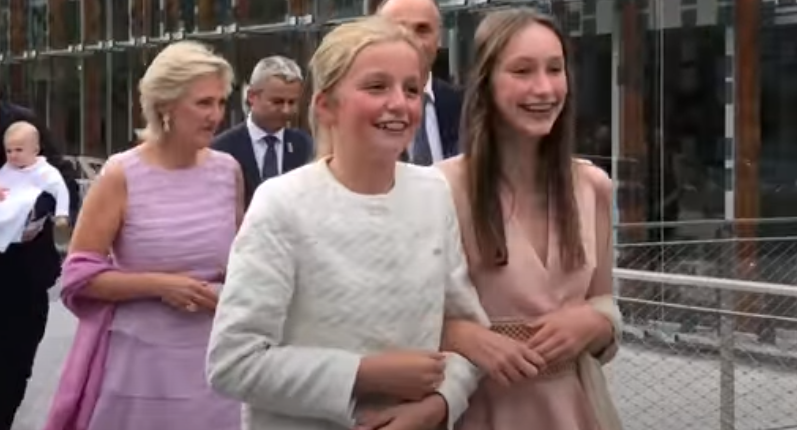 Laetitia Maria Nora Anna Joachim Zita was born on 23 April 2003 at the Clinique Saint Jean in Brussels. She weighed 3.820 grammes and measured 52 cm. Upon her birth, she received the titles of Princess of Belgium and Archduchess of Austria-Este. She is the fifth child of Princess Astrid of Belgium, sister of King Philippe of Belgium, and Prince Lorenz of Belgium.

The birth of Princess Laetitia Maria was a little unexpected as she was born seven years after her youngest older sibling. She has two older brothers: Prince Amedeo and Prince Joachim and two older sisters: Princess Maria Laura and Princess Luisa Maria. She is currently 12th in line to the throne.

Her godparents are her older brother Prince Joachim of Belgium and Princess Nora Elisabeth of Liechtenstein (the sister of Prince Hans-Adam II of Liechtenstein). Laetitia Maria has, just as her brothers and sisters, an impressive ancestry as she descends from the Austrian, Belgian, Italian, Swedish, French, Danish, British, Portuguese, Spanish and German royal families and from several Italian noble families. Her father Prince Lorenz, Archduke of Austria-Este is head of the House of Austria-Este, a branch of the formerly Imperial Austrian House of Habsburg-Lorraine. Her maternal uncle Philippe is King of the Belgians.

Until the age of 12, Laetitia Maria went to the Saint John Berchmans College in Brussels where her cousins Elisabeth (future Queen of Belgium), Gabriël, Emmanuel and Eléonore also went to school. Unfortunately, there was no place for her anymore at the high school department of the St John Berchmans College. Since 2015, she has been educated at the Bromsgrove School in the United Kingdom. Her brothers and sisters also attended an English boarding school.

When she’s not at boarding school in the UK, the Princess lives with her parents at Villa Schonenberg, part of the Stuyvenberg Estate near Brussels. The residence is part of the Royal Trust. In her daily life, the Princess goes by the name “Laetitia de Belgique”.

Princess Laetitia Maria does not accompany her parents on official engagements and lives a life outside the spotlight. Only at the inauguration of her uncle King Philippe was she seen accompanying her parents. Princess Laetitia Maria was a flower girl at the wedding of her oldest brother Prince Amedeo and Elisabetta Rosboch von Wolkenstein in 2014.