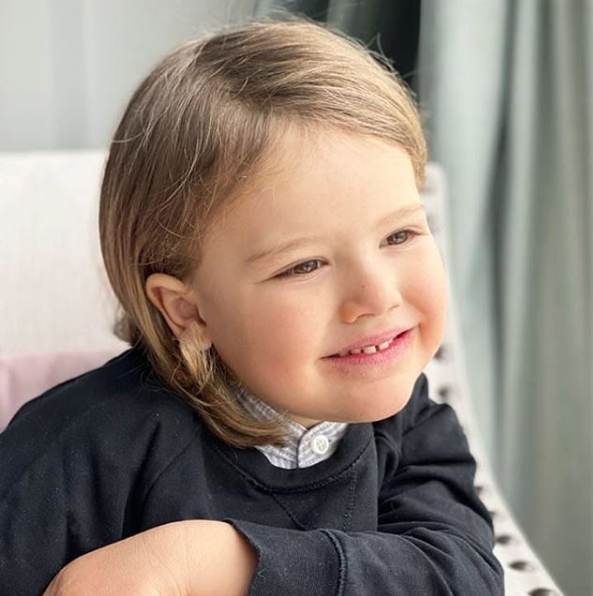 Sweden’s Prince Alexander is celebrating his fourth birthday today. The Prince is fifth in the line of succession to the Swedish throne.

With the ongoing COVID-19 pandemic, the young royal will be celebrating with just his parents and younger brother, Prince Gabriel at the family’s home at Villa Solbacken. Other family members will have to video call to see the little prince on his special day.

To celebrate, Prince Carl Philip and Princess Sofia of Sweden released a photo of Prince Alexander on their official Instagram account.

Prince Alexander is the elder son of Prince Carl Philip and Princess Sofia of Sweden. He was born in Danderyd Hospital on this day in 2016. His name and titles were announced by his paternal grandfather, King Carl XVI Gustaf in a cabinet meeting on 21 April as His Royal Highness Prince Alexander Erik Hubertus Bertil, Duke of Södermanland.

He has one younger brother, Prince Gabriel, who was born in 2017.

On 7 October 2019, the King announced that he was rescinding the Royal Highness status and place in the Royal House of his grandchildren of his son, Prince Carl Philip and his daughter, Princess Madeleine. His grandchildren remain members of the Royal Family, and he explained this would give them more freedom as they grew older as they will not be expected to carry out duties on behalf of the monarch.

Alexander’s older cousins, Princess Estelle and Prince Oscar, kept their Royal Highness style and place in the Royal House as they are the children of Crown Princess Victoria.